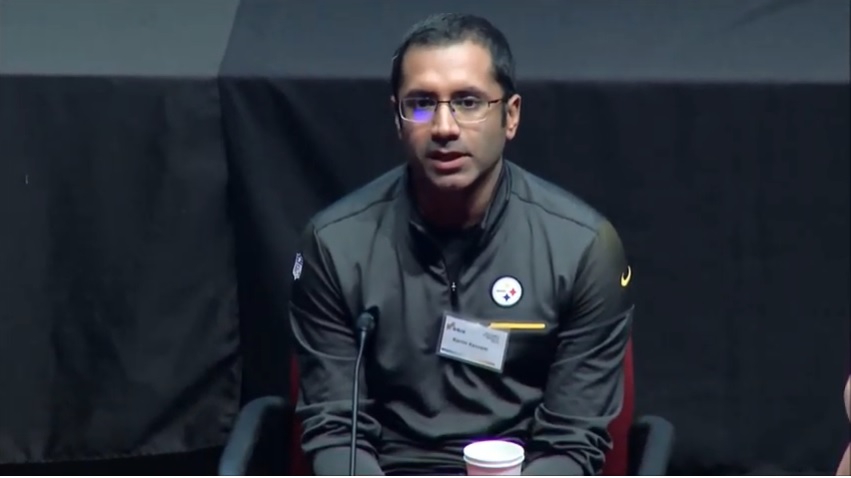 While the Pittsburgh Steelers rarely experience any front office shakeups after the draft like many teams around the league, there’s been at least one change made this summer. Karim Kassam, who held the title of Analytics & Football Research Coordinator, is no longer listed with the organization.

From the Steelers’ website, here’s the front office listing from April 28th, right after the draft. 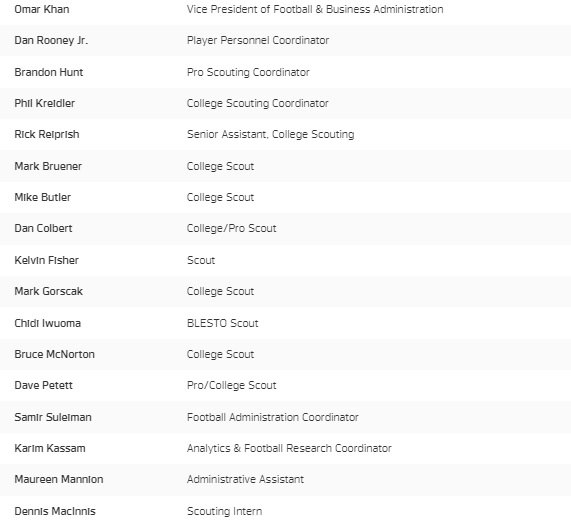 And here it is today, the same list minus Kassam’s name. 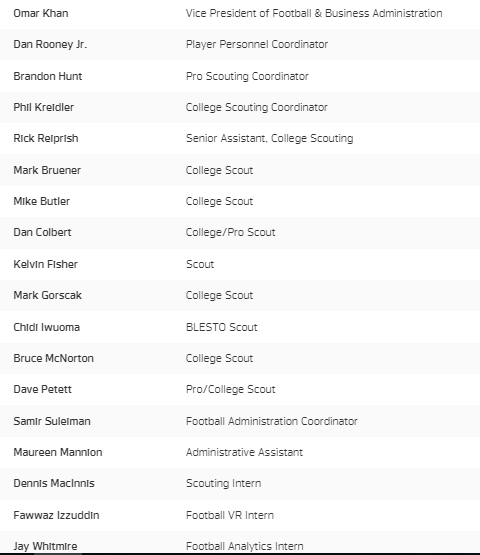 Kassam’s Twitter bio lists himself as “Formerly Steelers’ analytics,” confirming the departure. While it’s unclear when the move occurred, the change on the website has been made within the past week.

He was hired in 2015 while teaching at Carnegie Mellon University. Profiled by the Pittsburgh Post-Gazette at the time, Kassam credited Kevin Colbert for being open to an analytical approach.

“Kevin has a big appetite for analytics,” he told Ray Fittipaldo at the time. “He gives me as many projects as I can handle. There is a back log, and you can see he’s been doing it for a long time. It’s very cool to work for someone who appreciates it in that way.”

Still, it’s hard to ignore the Steelers as lagging behind the league when it comes to advanced statistics. Mike Tomlin is a man of his gut and readily admits it, leading to inconsistent and sometimes questionable decision-making. In 2016, he brushed aside a question about analytics in a decision to go for it on 4th down.

“We don’t overanalyze circumstances,” he said. “We don’t use analytics. We play and we play to win.”

He and Colbert have famously espoused “hearts and smarts” during the draft process and rarely publicly refer to anything analytical. Losing Kassam would seem to be a blow to that side of things.

Earlier in 2016, Pittsburgh was ranked 7th among NFL teams in regards to their analytical department. But author Andy Guyader cautioned that Tomlin didn’t always buy what Kassam was selling.

“Word is that Mike Tomlin is not big on analytics so Karim’s fit into the coaching staff may not be natural due to several factors. Word on the street is that Tomlin gives the vibe that he doesn’t need to have validation of what he already knows.”

Most recently, Kassam represented the Steelers during a MIT Sloan Sports Analytics Conference held in early March. It’s likely he left after this April’s draft.

The analytics department, however, does not appear to be empty. In December, the team quietly hired Jay Whitmire as an analytics intern. An offensive linemen for Virginia from 2011 to 2015, Whitmire was an economics major as an undergrad who then went on to earn his masters in Business Analytics. It’s unknown how long his internship lasts for but he’s still listed with the team.

We’ve reached out to Kassam for comment on the departure and will update this post if we hear back.

“I’ll be joining Duolingo as a “distinguished data scientist in residence” starting next month. Excited for this opportunity to work for another great organization. Jay Whitmire who we hired in December is a talented analyst and will continue the work I was doing with the Steelers”

(6:06 PM): One person who wishes Kassam was still with the team? Ryan Shazier, who sent out this tweet in response to our article a few hours ago.

I hate that he’s gone.

Shazier has been involved with the scouting side of things while rehabbing from his spinal injury and probably worked with Kassam in some capacity.