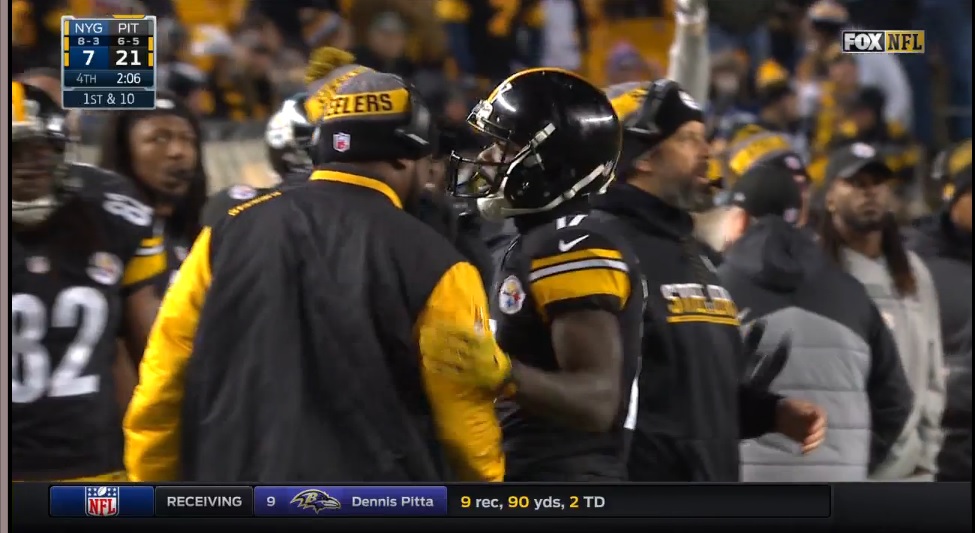 I hope you were sitting down for that headline. Pretty shocking stuff and now I await my Pulitzer prize.

At today’s press conference, Mike Tomlin affirmed what most of us have come to know. Tomlin is the “truthiness” coach, where decisions come from his gut, regardless of what the numbers say.

Our David Todd asked Tomlin to explain the rationale to go for it on 4th and 3 with just over two minutes left in the game and the Steelers holding onto a 21-7 lead.

That, in a nutshell, is Tomlin. It’s an old-school mentality. To be fair, Tomlin added the team had a good idea of how the New York Giants would try and stop them.

“We felt pretty comfortable we knew what they were going to do in those circumstances. And when we have that level of confidence in our plan and can anticipate what it is they’re going to do, we’re going to play aggressively. And that’s what we did.”

The Steelers converted with Ben Roethlisberger hitting Jesse James for a five yard gain. It burned more clock, more importantly burned two more timeouts, and set up a more comfortable 38 yard field goal for Randy Bullock, who banged it off the left upright.

It’s why the Steelers are overall one of the most aggressive teams in the NFL. Whether it’s 4th down attempts, two-point tries, or airing out the long ball on third and short, it all stems from the confidence in the group they have.

And though the offense has been diminished at points by injury and a lack of tertiary options, as long as the core remains – Ben, Brown, Bell – expect Tomlin to approach things the same way. For better or worse.