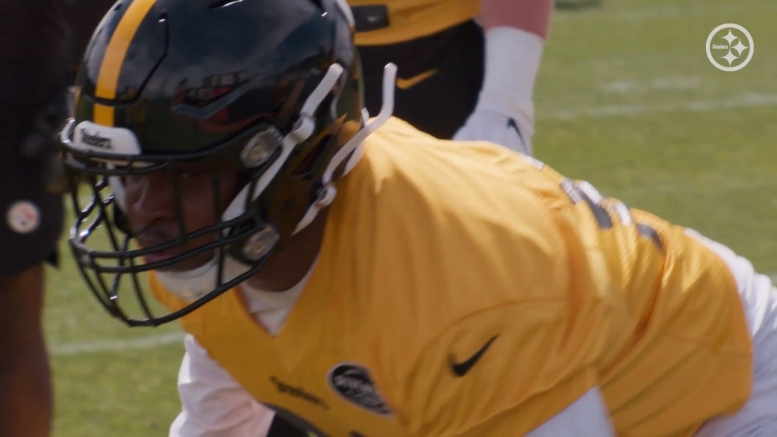 A year after finding the cupboard lacking, the Pittsburgh Steelers now potentially have an overabundance at the inside linebacker position this year between long-time veteran Vince Williams, new free agent acquisition Mark Barron, and rookie first-round pick Devin Bush, who was their first top-10 pick since 2000, and the first player they traded up for in the round since 2006.

All three of them spent a heavy amount of time rotating in and out of the first-team defensive unit during the first week of OTAs, according to reports and what the players have relayed themselves. The abundance has the Steelers’ coaches trying to figure out how to use them all, and when. So if the coaches don’t know, neither do the players.

“They haven’t told us anything”, Williams admitted to Ray Fittipaldo of the Pittsburgh Post-Gazette. He said that it will be however defensive coordinator Keith Butler “decides to divvy it up. That’s how it’ll play out”.

That remark sounds like a concession on his part, acknowledging that there is a possibility he will be losing playing time this year with both Bush and Barron representing quicker, lighter players who have become the preferred physical model at the position in recent years.

Even last season, as the season progressed, Williams would come off the field in favor of L.J. Fort, who had literally never before had a meaningful defensive role for the Steelers, when it came to obvious passing situations and they moved to their dime defense.

So if he was losing out to Fort, who signed with the Philadelphia Eagles in free agency, one has to figure there’s a pretty good chance there will be times that either one or both of Barron and Bush will be on the field while the veteran is watching and rooting them on from the sideline.

And he will be rooting for them, as he made clear. He’s pulling for Bush because he knows the more Bush succeeds, the more it helps the team reach their goal, which is to win another Super Bowl. So he’s going to do everything he can to help the rookie along.

“It’s not going to do anybody any good being selfish”, he told Fittipaldo. “I’m an open well of information. I just want to pour it into as many people as I can. If a guy reaches out to me and asks a question, I’m going to answer it to the best of my ability”.

Originally a sixth-round pick back in 2013, Williams, who will turn 30 in December, won a backup job as a rookie. After an injury in the season opener, he slowly ascended as the primary replacement to Larry Foote, but the team relied on their dime defense that year so he spent a lot of time on the sideline.

After that, they drafted Ryan Shazier, who was an instant starter. He would start in place of him whenever he was injured, but entered the starting lineup full-time in 2017 after Lawrence Timmons left in free agency.