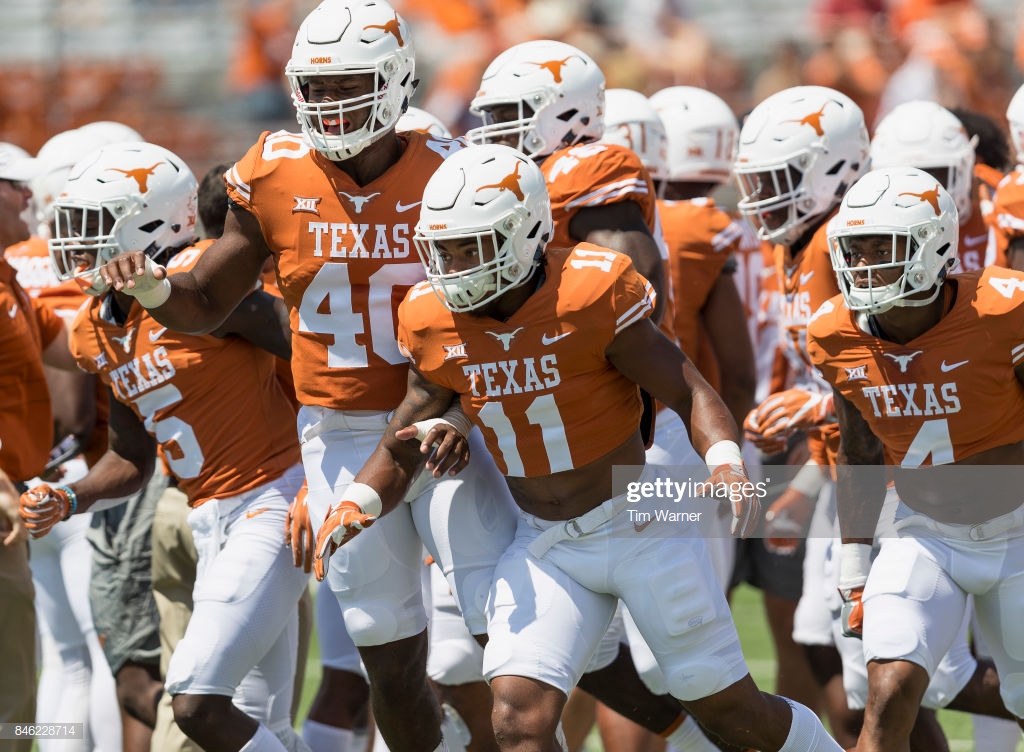 Let’s face it, some people get a lot more excited about undrafted rookie free agents than others. A lot of people who fall into the former group end up coming to sites like ours, because the average fan doesn’t even know who they are, and might not even be sure of what an undrafted free agent is.

The Pittsburgh Steelers had a slightly smaller group of undrafted free agents than normal because their roster was more filled out than it is typically, but they were able to add more to go over 90 for multiple reasons, including Christian Scotland-Williamson’s exception, Ryan Shazier having been moved to the PUP List, and others. I believe the team’s roster currently shows 94 players the least time I took a look.

One of the more interesting names on the list of free agents that the Steelers signed is also the last one that they signed. That would be P.J. Locke, a hard-hitting safety product out of Texas.

That has been the general consensus among those who have paid attention to any of the undrafted free agents, and that includes among them former Steelers safety Ryan Clark, who as you might remember also started his career as a college free agent, though it took him a while to get to Pittsburgh. Locke was paying attention, too.

Clark said on Twitter yesterday that the rookie has already reached out to him. “I have so much respect for the kid already”, the wrote. “Soon as he signed we connected! He is gonna work his butt off. Trust me. Hope he is so much better than I was”.

@PjLocke4 Has already reached out to me. I have so much respect for this kid already. Soon as he signed we connected! He is gonna work his butt off. Trust me. Hope he is so much better than I was https://t.co/tGYnOi0smd

Clark started his career as a free agent signing by the New York Giants, but ultimately started to cut his teeth in Washington, where he built a relationship with the beloved safety, Sean Taylor. He signed with the Steelers in 2006 as a starter candidate. Obviously he would start and keep the job through the 2013 season, but he would finish his career returning to D.C. for one more year before joining the media.

Locke quote-tweeted Clark’s and said that he is going to be a “sponge” and “soak up as much knowledge as possible” from the veteran safety. He added that he wanted to set times to train with Clark. That’s one way to begin your Steelers career, for sure.

You know it big bro! Im a sponge and i will soak up as much knowledge as possible from you. Leaving nothing on the table! & for sure have to set times to come train with you! https://t.co/8sTRdFkJP2

The 2011 Pro Bowler has been involved in Pittsburgh’s business more than in any other offseason since he left the team, and that has been almost entirely due to the fallout of the team’s relationship with former wide receiver Antonio Brown, regarding whom most now seem to feel he has been proven right on.

As far as Locke goes, the Steelers only retain four safeties from last season’s roster after bringing six into the 2018 season, and they failed to add any through the draft. He will compete for a potential fifth safety spot with fellow undrafted free agent Dravon Askey-Henry as well as AAF alumni Jack Tocho and Kameron Kelly.