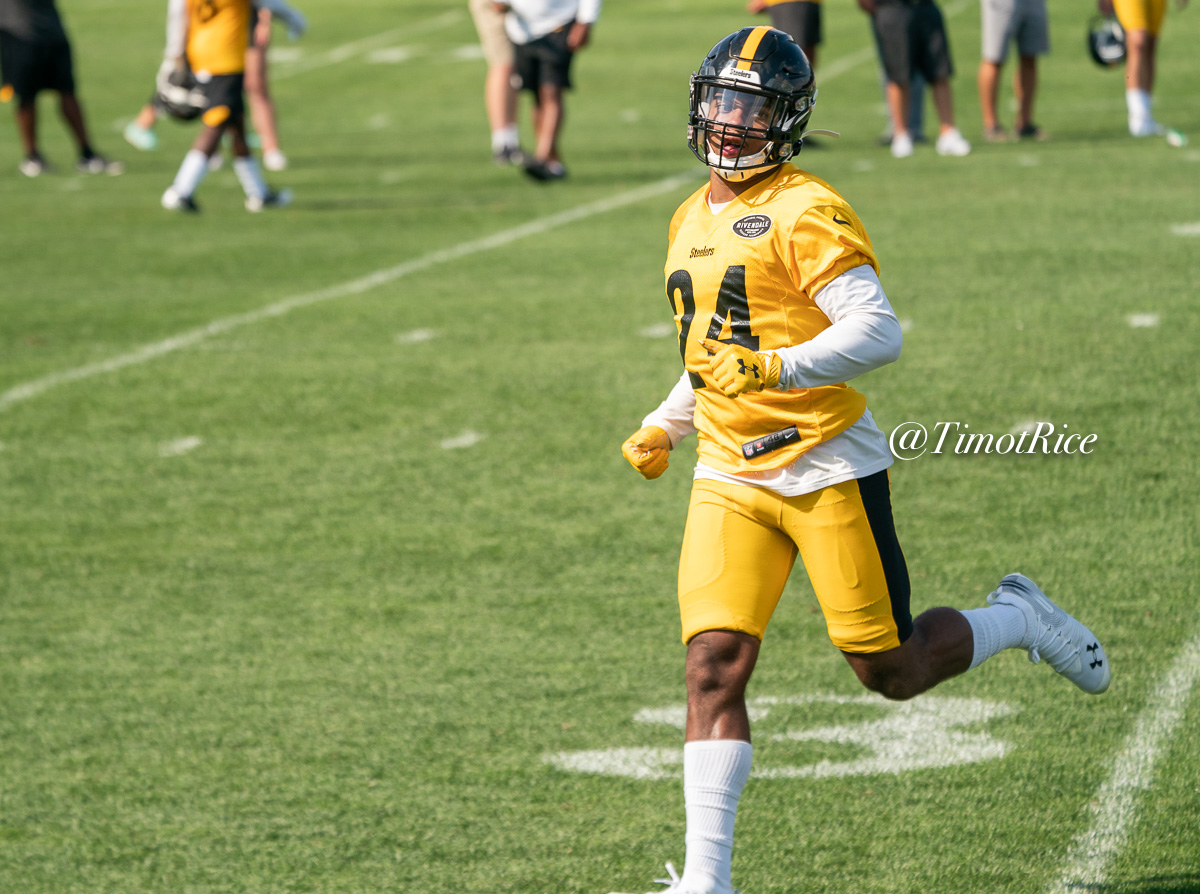 I’m just going to assume that my stock evaluation for today is going to be less controversial, or at least less attention-grabbing, than yesterday’s. But I guess that should have been anticipated when discussing a player as high-profile as Mason Rudolph in one of the most competitive battles of training camp.

Still, there is a battle going on for the backup safety positions as well, and I think it can be argued that nobody’s job is safe. I do believe that at least one of Marcus Allen and Jordan Dangerfield will make the team, but it’s entirely possible that one or the other fails to do so.

First-year defensive back Kameron Kelly already began to emerge as an interesting option during OTAs when he got the opportunity to take some first-team reps at free safety in Sean Davis’ absence. Up until yesterday, he had also been running in place of Davis during training camp, but Mike Tomlin switched things up.

He put undrafted rookie P.J. Locke in the lineup. Locke, who is a hard hitter out of Texas looking to prove himself at this level, is obviously a young player that the coaching staff wants to get a better look at, so throwing him in with the first team gave them an opportunity to do so. And he did come down with an interception.

It’s looking likely that the Steelers will carry six cornerbacks into the season—Joe Haden, Steven Nelson, Mike Hilton, Artie Burns, Cameron Sutton, and Justin Layne—so that makes it much harder to keep five safeties. That is a problem for Allen. It’s a problem for Dangerfield. And for Kelly, Locke, and Dravon Askew-Henry as well. It’s equally as likely, if not more so, that only two from that group will make the roster, rather than three.

The fact that Sutton appears to be the favorite to serve as the dimebacker this year based on training camp to date increases the odds of them going heavier on cornerbacks. Previously, they had preferred to use a safety as their sixth defensive back.

The fact that there’s a good chance only four safeties will make the roster makes it all the more important that Locke got the looks with the first-team defense today that he did. He got himself noticed. Now he can’t afford to slow down in what may shape up to be a spirited positional battle.