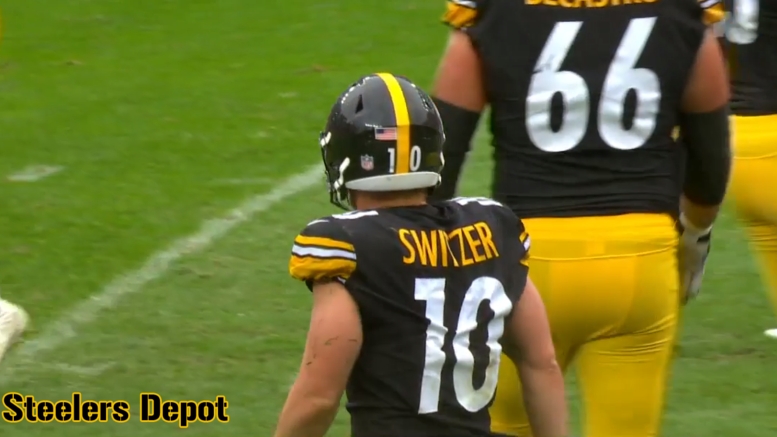 Kevin Colbert is no stranger to making a training camp deal. In fact, he’s one of the most active GMs during the month of August according to a study we conducted last year. It hasn’t always worked out – see Brandon Boykin, JJ Wilcox, and Josh Scobee – but acquiring Vance McDonald was a clear win. Adding Ryan Switzer last year seems to be trending that way, too.

The downside to making that move is how late in the process come. ‘Training camp’ is sorta a misnomer. By then, every team is full speed into the season. There’s no time to stop and learn. It’s applying what was taught in the spring and getting ready to play football games that matter. The train’s moving, as Mike Tomlin loves to say.

So when someone like Switzer is brought in literally at the last moment, acquired August 27th, they’re playing catch up throughout the season. Learning the playbook, the system, not to mention adjusting to a new coaching staff and quarterback. And Switzer responded well, especially down the stretch, proving himself to be an asset as a slot receiver with the toughness to go across the middle and make a tough play.

Through this year’s set of OTAs, he finally has time to catch his breath. Take a step back, work on the details of his game, that’ll then allow him to take the next step forward.

And he’ll need to do so given how crowded the receiver room is even post Antonio Brown. Switzer is likely slotted in as the #5 wide receiver, battling Eli Rogers for that spot. Switzer’s dual return value gives him extra staying power but Diontae Johnson returned kicks and punts at Toledo while Rogers can still handle punts. So it isn’t the trump card that it would’ve been a year ago. He has an inside track on a roster spot but to consider him a roster lock would be presumptuous.

But again, being able to go through his first OTA practices with the team, his first training camp (the team left Latrobe two weeks before Switzer was dealt for last year) has immense value. It’ll slow his whole world down and make him a better player. Stability in his NFL career has been fleeting. A wide-eyed rookie selected by Dallas, shipped off to Oakland, and then quickly flipped to Pittsburgh. That’s hard on anybody, much less a receiver, where the transition is difficult than most positions. But he’s handled it well, still performed, and will get to hit the ground running in 2019.