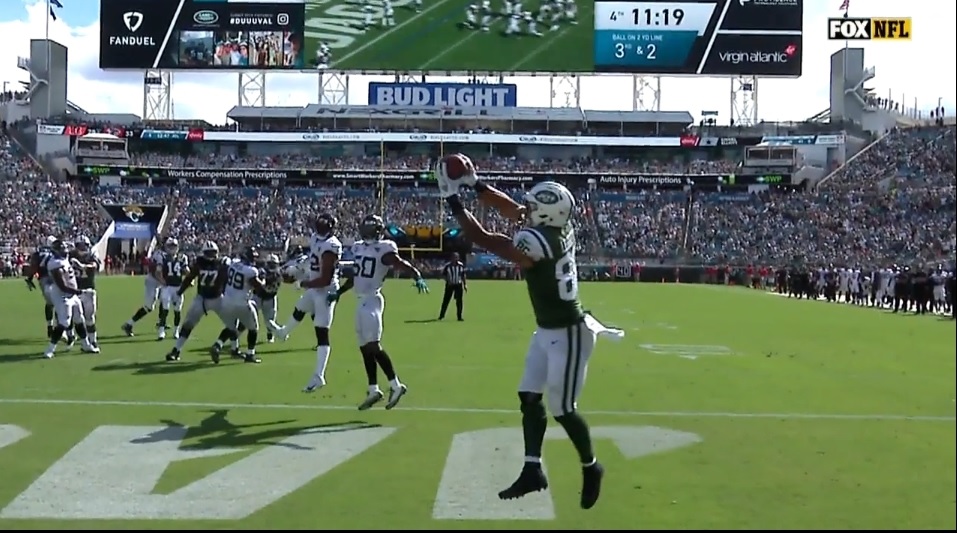 It’s no secret the Pittsburgh Steelers could use a little extra competition at tight end. One name might have just popped onto the market. In their roster turnover now that Adam Gase has won an apparent power struggle in New York, the Jets released Jordan Leggett today.

The Jets are waiving TE Jordan Leggett, per source. Another Mike Maccagnan draft pick out in New York.

Of course, anytime a player hits the market, we get flooded with questions of “should/will the Steelers sign him?” Most times, the answer is no or at best, there’s no compelling reason to believe it’ll happen.. This time is a little different. Media reports indicated the team had serious interest in drafting Leggett in 2017 when he was coming out of Clemson. Here’s what ESPN’s Jeremy Fowler wrote after the draft.

“One potential late-round tight end target the Steelers missed out on was Clemson’s Jordan Leggett (5th round, Jets). The team had dinner with Leggett around the time of Clemson’s pro day. The Steelers were selecting in the late fifth round, 173rd overall, while Leggett went 150th. The team took Utah cornerback Brian Allen.”

So far, Leggett has had a quiet NFL career. He missed his entire rookie year due to a knee injury and despite a crowded TE room last year – we speculated the team could add him then – he made the roster. In 2018, he caught 14 receptions for 114 yards and a touchdown.

While the Steelers added Zach Gentry in the 5th round of this year’s draft, depth is still weak behind an injury-risk Vance McDonald. Jesse James flew to Detroit and though Xavier Grimble was retained on his RFA tender, he hasn’t progressed as hoped. With no one else on the roster really even threatening for a roster spot, sorry to the fans of Christian Scotland-Williamson and Kevin Rader out there, adding Leggett would create quality competition and bring the best out of the room.

Should the Steelers or any team claim Leggett off waivers, they’ll pay him $645,000 in base salary this season. His rookie deal runs through next season, making him an affordable option and one Pittsburgh could have legitimate interest in.