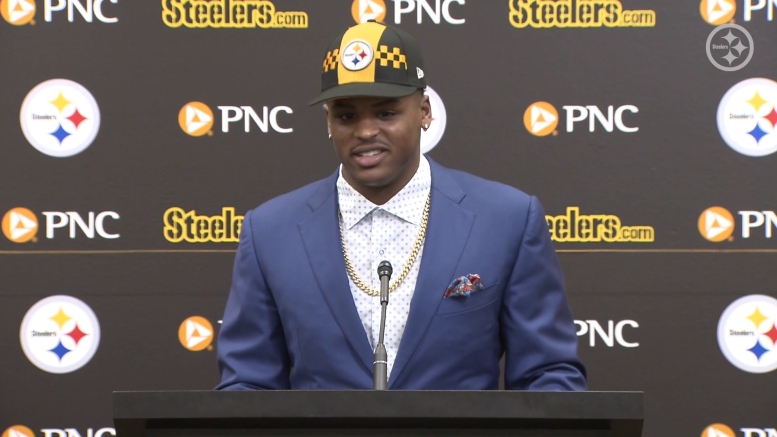 Third round cornerback Justin Layne has garnered plenty of popularity from pundits but NFL.com is keeping things conventional, though still a little bold. In their list of rookies best set up for success, Dan Parr ranked linebacker Devin Bush 2nd of the entire class, offense or defense.

In his ranking, Parr writes:

“I like everything about the Steelers‘ bold move to trade up for Bush, who offers an intoxicating blend of speed and coverage ability. The 10th overall pick is an ideal fit and leader for this unit. He will post gaudy numbers as an inside ‘backer for Mike Tomlin.”

There certainly is good reason for that type of optimism. Bush is exactly the type of linebacker the franchise has been searching for since losing Ryan Shazier late in 2017. But it’s no guarantee Bush will be on the field right away. His primary competition will be Mark Barron, both playing the Mack linebacker spot, and Barron’s $6 million salary is going to have Pittsburgh find ways to get him involved.

In Parr’s article, the only player he deems to be in better position to succeed than Bush is Buffalo Bills defensive tackle Ed Oliver, drafted one spot ahead last April. San Fran’s Nick Bosa, #1 overall pick Kyler Murray, and Chicago running back David Montgomery round out the top five.

Surprisingly, Devin White is only ranked 7th on this list, behind those aforementioned top five and the Jets’ Quinnen Williams. He was the only off-ball linebacker selected before Bush, taken 5th overall by the Tampa Bay Buccaneers. He’s expected to start out of the gate to replace the departed Kwon Alexander.

Interestingly, the Bush was the only player from the AFC North on the list. Around the division, Marquise Brown, Greedy Williams, and Jonah Williams should see playing time early. As for the rest of the Steelers’ draft class, wide receiver Diontae Johnson could wear lots of hats for the team in Year One. He can work out of the slot, on the outside, and in the return game, both kicks and punts.