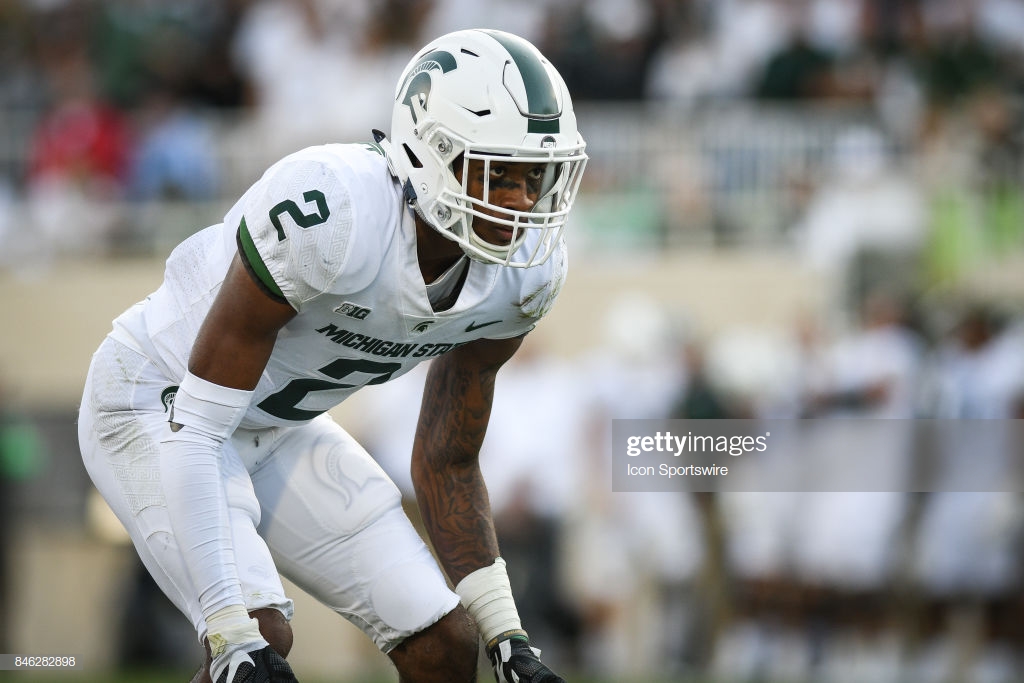 With the 2019 NFL Draft now well over with, several draft analysts such as Todd McShay and Lance Zierlein will likely begin digging deeper into the 2020 draft class very soon. However, with the recently concluded draft still fresh on both of their minds, McShay and Zierlein both named several of the favorite picks from this year and both just so happened to single out the Pittsburgh Steelers selection of former Michigan State cornerback Justin Layne in the third-round.

McShay, who recently identified his favorite best-value picks for all 32 NFL teams in a post on ESPN.com, listed Layne as his choice for the Steelers:

Joe Haden is in a contract year, and Artie Burns just hasn’t done a whole lot despite being a high pick in 2016. So corner is a sneaky need for the Steelers. And they got Layne 30 spots past where I ranked him. Even with Steven Nelson in black and yellow, Layne should push for a top-three job right out of the gate. He is a press corner who can read receivers and then turn and run with them very well.

The Devin Bush pick received serious consideration here, as he will be the face of the defense without Ryan Shazier. But the value on Layne was just too good. The Michigan State corner needs to get stronger still, but he has a high ceiling.

Yeah, I think McShay is a little too optimistic when it comes to suggesting that Layne will push for a top-three spot on the depth chart during his rookie season. He’s a long outside cornerback and I don’t expect the Steelers will rush him along during his rookie season if they can help it. Remember, he is a former wide receiver-turned-cornerback, so his second season is what the Steelers might be shooting for with him.

As for Zierlein, he picked his favorite three selections from each round of this year’s draft in a recent post on NFL.com and included the Steelers selection of Layne in the third-round:

The Steelers have long coveted size and length at the cornerback position, and Layne has those traits. I spoke with teams who saw the converted wideout as one of the best “upside” defenders in this draft. He needs to get stronger and tougher in run support. He also must learn to convert pass breakups into interceptions, but he’s a talented press corner who was a great value late in the third round.

Zierlein’s outlook for Layne is more spot-on and realistic. while Layne was able to register 27 total passes defensed during his college career at Michigan State, he only managed 3 interceptions. After the Steelers selected Layne in the third-round, however, new Steelers defensive backs coach Teryl Austin spoke about the lack of interceptions the newest cornerback had in college.

“I think when you look at the college passing game, the ball’s not being thrown as much as they’re going to see in our league,” Austin said. “I think with more opportunities he’s going to have an opportunity to get some interceptions. I’m comfortable with his ball skills after watching him play and talking to people and being at his workout. And I’m comfortable with where he is and it’s just a matter of turning that into production at this level.”

Layne, and the rest of the Steelers draft picks and rookies, will be in Pittsburgh this coming weekend for the team’s annual three-day rookie minicamp.