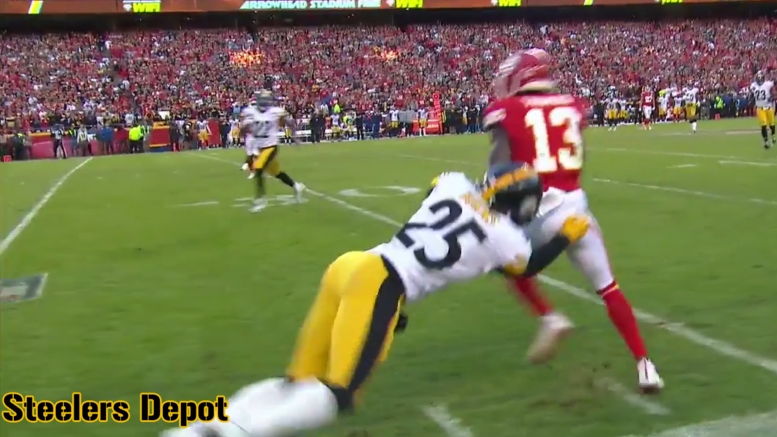 Topic Statement: Artie Burns will earn another starting job in his career.

Explanation: The Steelers’ first-round draft pick in 2016 spent a year and a half or so as a full-time starter before he was demoted early in the 2018 season, and later benched. While he remains with the team, they signed a starter in free agency and have set themselves up to move on from him.

Burns was supposed to get another shot already back in Week Eight before he reportedly had some tardiness that led to his not playing against the Brown coming out of the bye week. Head Coach Mike Tomlin said that they were going to take a committee approach until somebody earned the job.

Burns’ struggles gave Coty Sensabaugh the opportunity to do that, and he eventually did so. There was no pressing reason to remove him from that role. Even with Steven Nelson being brought in, the latter can play in the slot, which would allow Burns to play outside provided that he earns such a role.

He does have the physical talent to play the position, and even has done so at a competent level in the past. He certainly has had his struggles, but to suggest that he has been a complete failure is disingenuous. I know it’s kind of selling the entire concept short, but he can be a perfectly fine player if he can get a handle on protecting against the big play, and a lot of that simply has to do with him trusting himself and his technique.

Cornerback is a position that is not immune from the concept of ‘the yips’, in which it’s believed that once you get it in your head that you can no longer do something, such as accurately throw or kick a ball, it’s almost impossible to get it back.

Burns has a major case of the yips, and he was never a finished product even before that. when you have a player who is openly questioning himself and talking about his confidence being shot, it’s a tough sell on him getting that back and resuming a product career. If he does, it might take a change of scenery to do so.