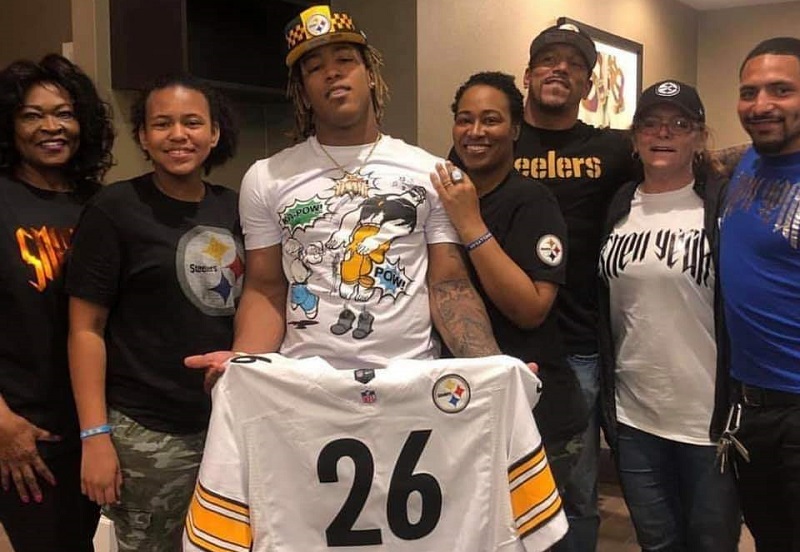 Not long after the Pittsburgh Steelers selected running back Benny Snell Jr. in the fourth-round of the 2019 NFL Draft out of Kentucky, he was photographed wearing a Steelers hat while holding up a white jersey with the No. 26 on it. That jersey number was of course last worn by former running back Le’Veon Bell, who sat out all of last season after failing to get as long-term contract worked out with the team after being issued the franchise tag a second consecutive year. So, is Snell destined to don Bell’s old number as a rookie? He was asked that very question on Friday during his interview on 93.7 The Fan.

“Yeah, so I came in, I kind of was thinking I might want to do the fresh start thing, not grab 26, but you know, I felt like 26 is something I can inherit so we can forget about the past,” Snell said. “Like this a new beginnings for the team. Right now, I can say they’re kind of rookie’ing me for my number right now, but I can say it’s going to be a 20 number for sure, for sure and you know, I’m just taking it slow.”

According to the Steelers last roster update on the official website, numbers 24 and 26 are the only two in twenties that are currently unspoken for. If Snell indeed is going to wear a 20-something number, odds are good it will be No. 26 with fellow rookie draft pick, cornerback Justin Layne, likely being issued No. 24.

Because Snell is originally from from Westerville, OH, which is just roughly 15 minutes from Reynoldsburg, OH, where Bell is from originally, the Steelers newest running back was asked if he has previously met or crossed paths with the former No. 26 in Pittsburgh.

Since being drafted by the Steelers, Snell’s running style and demeanor has been compared to that of current running back James Conner, as both are powerful inside runners. Snell commented on his physical running style during his Friday interview.

“I try not to let one guy tackle me, so running people over and just getting those tough yards is just kind of just natural to me,” Snell said. “With me being the size I am, I feel like I’m pretty stout as a pass blocker. You know, things are pretty different in the NFL so I’m going to have to adjust to that.”

Bell left Pittsburgh this offseason as one the NFL’s best pass-protecting running backs and so that part of Snell’s game will obviously be carefully scrutinized by Steelers coaches throughout the remainder of the summer. Assuming Snell shows that he can pass protect at an acceptable level sooner rather than later during his rookie season, he could become part of some sort of Pittsburgh running back by committee in 2019 along with Conner and Jaylen Samuels.

While not fully certain what his role will be during his rookie season with the Steelers, Snell sounds like he is approaching his first summer in the NFL with the proper attitude.

“I do see myself being apart, playing somewhat of a role in the backfield, whether it’s in the rotation or however well it goes from there out at practice,” Snell said. “So, I’m just looking to help out and use my ability to help the team win.”