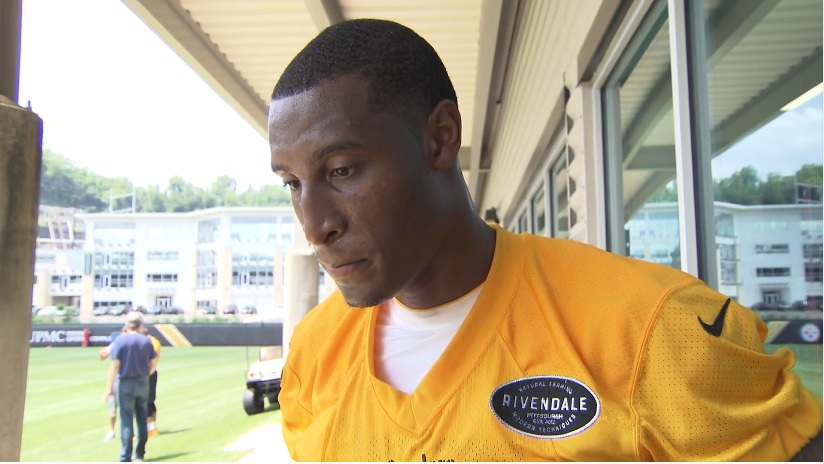 It only stands to reason that if the stock of Artie Burns took a hit as a result of the Steelers drafting Justin Layne, then so did Brian Allen’s. Both cornerbacks find themselves on the fringes of the roster right now heading into their fourth and third seasons, respectively, after failing to either live up to expectations or show necessary growth.

Although the team did not retain Coty Sensabaugh, who ended up starting for most of last season, they replaced him with free agent Steven Nelson, and the addition of Layne on top of that means that it’s a virtual guarantee at least one of those cornerbacks does not make the roster in 2019. It’s possible that neither of them do. But at best they could be competing for one spot.

Given that Allen has never played on defense, and adding in the fact that Burns can be a special teams contributor and has the higher pedigree, the former probably has the worse odds of the two of being brought back as we stand here today.

There’s also the fact that the team has already cut Allen once before, of course, so if they were willing to do it once, and he hasn’t really shown any growth since then, they can do it again. In many ways, Layne is the prospect they wanted Allen to be, even if he is not quite as tall or heavy, but he is much more polished.

It’s difficult to see either Burns or Allen getting any opportunity to get on the field in 2019. The fact that they can both contribute on special teams gives them a life preserver in terms of getting one of the spots on the tail end of the roster, but that will be primarily up to Danny Smith.

With Joe Haden, Nelson, Mike Hilton, and Cameron Sutton already ahead in the group, and adding Layne into the mix, the Steelers might draw the line right there, though the low numbers at safety make it more likely six cornerbacks are taken. For now, I think pedigree plays into Burns’ favor. He’ll have the early advantage but can easily lose ground with any sign of struggle.