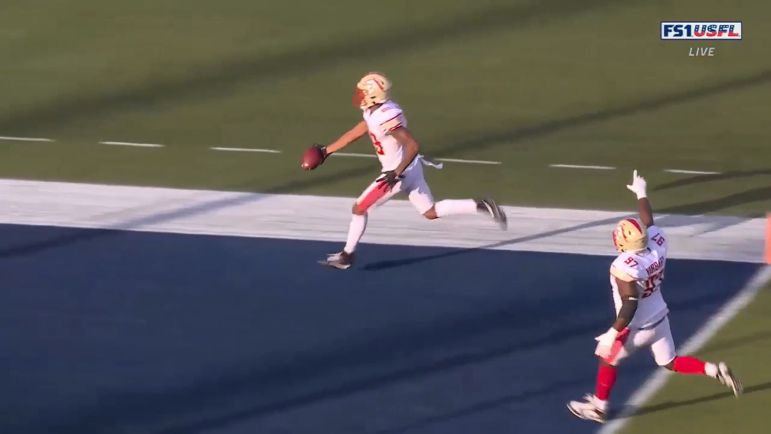 While the Pittsburgh Maulers looked closer to something resembling a football team yesterday, they still failed to find the win column, joining Jeff Fisher’s Michigan Panthers as the only 0-2 teams in the league. Today’s game is between two 1-0 teams, so they will remain the only winless teams through two weeks. But they play each other next week, so somebody’s got to win.

Meanwhile, the Birmingham Stallions recorded their second win of the season, with a secondary that includes former Pittsburgh Steelers’ fifth-round draft pick Brian Allen. A starting cornerback for the Stallions, he recorded an interception against Houston Gamblers quarterback Clayton Thorsen, returning it for a touchdown to complete the pick-six.

WHAT A START FOR THE @USFLStallions 🐎

The defense comes up huge early against the Gamblers pic.twitter.com/h1pHK08MLS

A 2017 selection out of Utah, Allen played two seasons in Pittsburgh before failing to make the cut going into year three. He spent time with the San Francisco 49ers in 2020, and dressed for three games for the Cleveland Browns just last year, but yesterday marked his first professional pass interception.

While a member of the Steelers, Allen never got the opportunity to play on defense, instead logging time on special teams, where he did show some adeptness as a gunner and a jammer on the punt coverage and return units. His only playing time defensively came via 24 snaps with the 49ers in 2020. He did not play on defense for the Browns a year ago.

His experience in the USFL, though, is his first venture into the alternative leagues. He did not dabble in the Alliance of American Football in 2019, nor with the second incarnation with the XFL in 2020. No doubt he still harbors hopes of returning to the NFL, and course the best way to do that is to make some plays.

Allen’s interception came on just the third play of the game on 3rd and 3, not even a minute gone in the first quarter, taking the ball 48 yards to the end zone. The Gamblers would respond with a pick-six of their own, however, seven minutes later.

As mentioned above, the Stallions would ultimately pull out the win, 33-28, in what was the highest-scoring USFL game thus far. They became the second team to reach at least 30 points, the Philadelphia Stars having beaten the Maulers 30-23 earlier that same day, but 33 is the highest score of any team thus far.

In the past, the Steelers have been the most active team in the NFL in signing talent from these spring leagues, with general manager Kevin Colbert commenting that they are the sorts of players they would ordinarily have been signing to Reserve/Future contracts in January had they not been under contract.

Unlike the AAF and the XFL, however, the USFL’s season does not end until sometime in July, shortly before training camps are starting to open. That will make it much less tempting for teams to sign these players, having a shortened offseason with them and so fresh off of playing that they may be worn down.