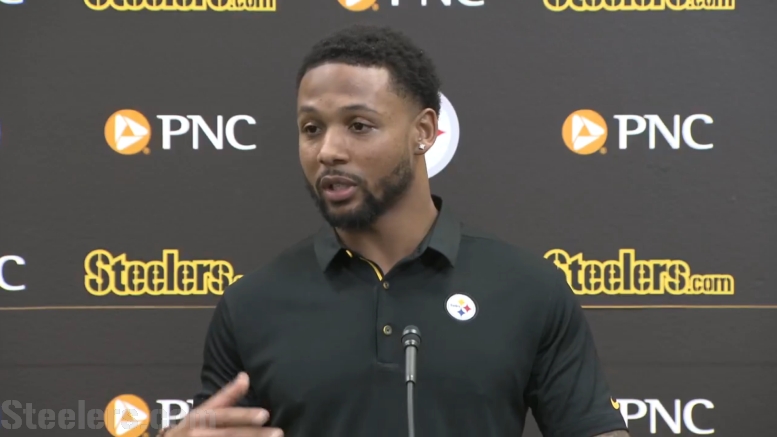 While the focus from the outside with the Pittsburgh Steelers at the top of the draft is the inside linebacker position (just look at any chat related to the Steelers and most of the questions will be about Devin Bush and/or Devin White) the reality is that there are plenty of ways the Steelers can go, not just in the first round with their first several picks.

There’s a good chance one of those early picks—perhaps as early as the first one—will be used on a cornerback. They brought in three of the top players at the position for pre-draft visits in Byron Murphy, DeAndre Baker, and Rock Ya-Sin, and of course were in attendance for Greedy Williams’ Pro Day.

Frankly I can’t recall the last time the team showed this much interest in the top of the cornerback draft class before, which makes me think all the more this is a very realistic direction they could take. Any one of those names could end up being called after “…the Pittsburgh Steelers select…”.

And they have the flexibility in their lineup to accommodate a rookie as well with the signing of Steven Nelson, which is something that Head Coach Mike Tomlin seemed to hint at when he discussed Nelson during the annual league meeting.

In spite of the fact that the Steelers gave him the biggest contract they have ever signed a player to during the free agency period from outside the organization at three years for $25.5 million, Tomlin spent a lot of time talking about the fact that they covet his ability to play both inside and outside, of which he did both with the Kansas City Chiefs.

If the team does draft a cornerback high and they want to put him on the field right away, they can take a similar approach to how they used Artie Burns. He played in the dime defense right away before moving to the nickel role, where he played outside.

They were able to do this because of the versatility of another cornerback, William Gay, who would play outside in the 3-4 defense, but slide into the slot when an extra cornerback was brought onto the field. Nelson could easily do the same thing if they were to add a cornerback who is ready to play right away.

Mike Hilton, who has spent the past two seasons being the Steelers’ primary nickel defender, would not be happy about that, but you can’t make your decisions in the draft based on how a player at the position who is not an established veteran Pro Bowler is going to feel about it, quite frankly.