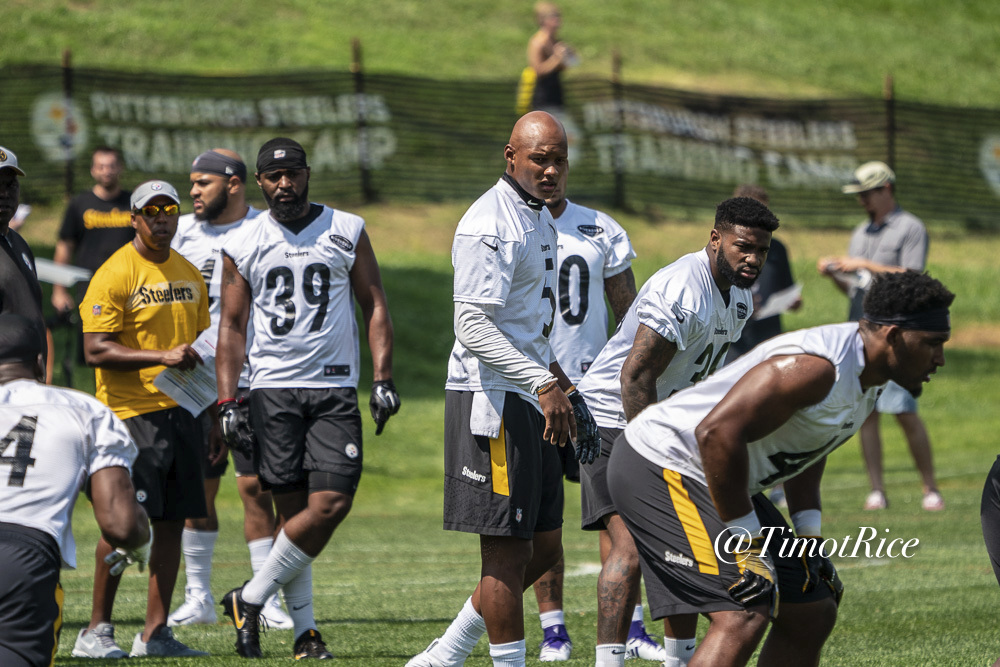 It hasn’t been easy since Josh Dobbs became a Pittsburgh Steeler. A wildly successful career at Tennessee? Now go sit on the bench, rook, the clear-cut 3rd stringer in the NFL, trading his jersey for sweats on gameday. 2018 wasn’t much easier. Fighting tooth and nail for his roster spot, he probably didn’t lock it down until his impressive preseason finale, securing the backup job to Ben Roethlisberger.

On the depth chart, it looks like moving up just one notch. Third string to second. In reality, it makes a world of difference. Opportunity sits closer and more importantly, practice reps are much more plentiful. That’s what he told Steelers.com’s Teresa Varley in a recent interview.

“It was definitely a different year and a more action packed year,” Dobbs said of being the #2 .“Obviously you get more reps in practice and on Wednesday, I got some looks with the starting offense. Get around those guys, getting in front of those guys and an opportunity to lead them in that capacity.”

Third string life isn’t a glamorous one. You’re running scout team, using your opponent’s plays, not your own, and biding your time. Dobbs even talked about finding a receiver post-practice to work with just to get some semblance of reps in. That changes as the #2. Now, you’re one snap away from going into the game. With Roethlisberger often getting Wednesday’s off to rest his arm, especially in a year he threw a career high attempts, it gave Dobbs time to work with the starters, too.

“Those reps helped a lot. It was a big jump getting those reps in your own offense, with your own terminology and with the looks you’re going to see on Sunday.”

He’ll have another battle on his hands in 2019. The Steelers view Mason Rudolph, not Dobbs, as the future, and have essentially admitted as much. Ideally for them, Rudolph becomes the #2 this year and soaks up those valuable reps Dobbs enjoyed. Of course, nothing will be given, and Rudolph will have to prove himself in camp and the preseason. Should Dobbs hang onto the job, he can probably thank the headstart he got in 2018, serving as Roethlisberger’s backup, and the benefits of being the #2, not the #3.