Happy Good Friday to yinz and welcome to Easter weekend 2019.

Well, this same time next week we’ll have one new Pittsburgh Steelers player to discuss and we’ll be readying ourselves for the second-round of the 2019 NFL Draft to get underway. Next week figures to move pretty fast and we look forward to covering this year’s draft for yinz.

On Monday, Steelers general manager Kevin Colbert and head coach Mike Tomlin will hold their annual pre-draft press conference and we’ll pass along to yinz all of the pertinent information that should come out of that.

It’s a very exciting time of the offseason and we can’t wait to dig deeper into the players the Steelers wind up drafting.

A quick shout out from me to all of our fine site contributors as they all have done an amazing job so far this offseason. We hope to hit 200 total 2019 draft profiles on the site by Thursday in addition to the several player contextualizations that I have put together these past several weeks. I’m very proud of the work that has been put in by everybody on the site so far this offseason and I am blessed to have such a great group of site contributors.

As usual, I have five questions for yinz to answer this weekend and I look forward to reading all of them. I hope all of yinz have a blessed Easter weekend and thank you to all that visited the site this past week. 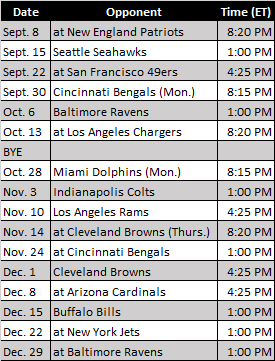 2 – Of the Steelers pre-draft visitors this year, name me one player who is most-likely to be signed as a free agent more than four years from now. 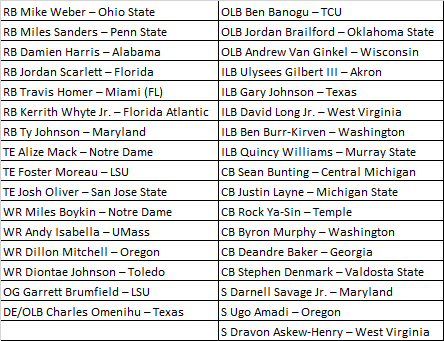 3 – If forced to choose for the Steelers, are you Team Byron Murphy, Team Greedy Williams, Team Deandre Baker or Team None Of The Above?

4 – True or false: By the time the Steelers make their first-round selection, at least one of each of these positions listed will have been drafted: (QB, WR, TE, OL, RB, EDGE, ILB, DT, DB)

5 – True of false: The Steelers will draft a WR this year that had less than 100 receptions during his college career.