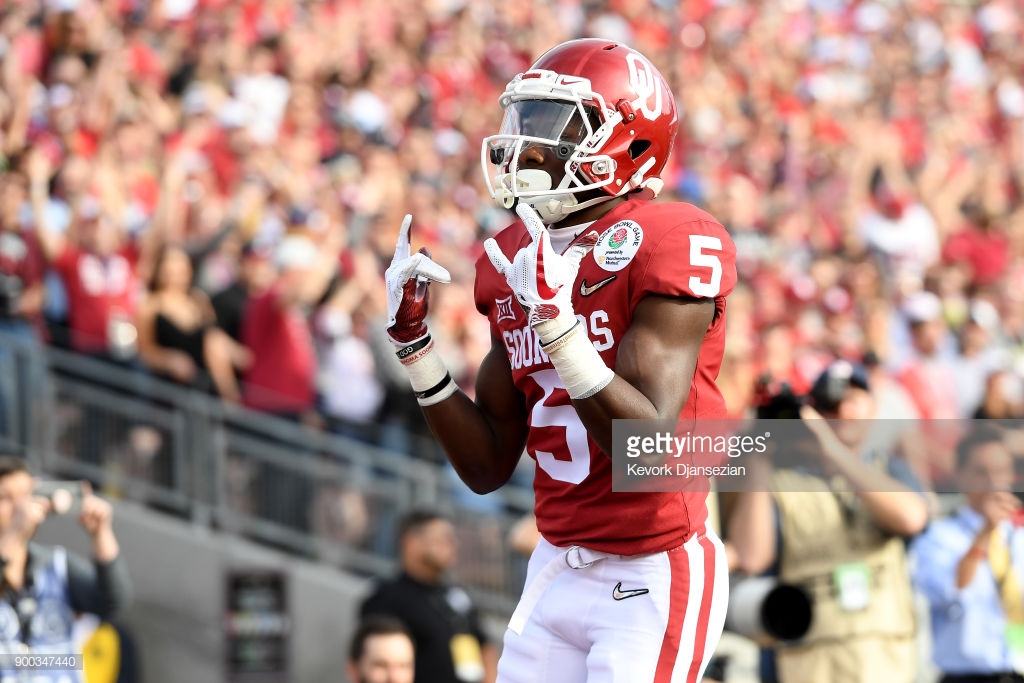 Wide receiver Marquise “Hollywood” Brown has a formal interview scheduled with the Pittsburgh Steelers. He confirmed the news speaking to the media today, as reported by the Trib’s Joe Rutter.

Marquise Brown (Antonio’s cousin) said he has a formal interview scheduled with the Steelers today at the combine.

Hollywood is Antonio Brown’s cousin. But that fact and turmoil the team has dealt with AB clearly isn’t having an impact on how they view Hollywood.

Brown won’t work out at this week’s combine, nor his Pro Day, after suffering a Lisfranc injury to his foot during the pre-draft process. For him, this week is all about the medical, teams checking in on that foot, and his interview, like the ones he’s having with Pittsburgh.

He weighed in at just 166 pounds, which will also be one of the top concerns for teams evaluating him. Still, he’s one of this classes’ most dynamic players, averaging more than 18 yards per catch in his two years as a Sooner. Brown caught 75 passes for more than 1300 yards in 2018.

This is the first known formal interview the Steelers have had with a player. For context, teams interview tons of players – formally, up to 60 – so that doesn’t mean the interest has to be serious. But any information is worth filing away should the team show additional interest later in the draft process.

Coming off the injury, Brown will likely end up as a Day Two pick.

Check out our full scouting report on him below.