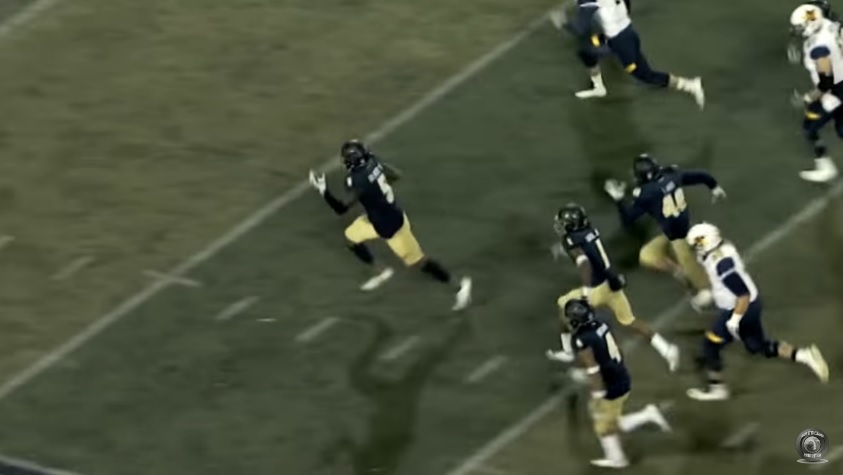 Pittsburgh Steelers Pro Scouting Coordinator Brandon Hunt was spotted on Friday at the Akron pro day and he was likely there to see EDGE Jamal Davis II and linebacker Ulysees Gilbert III both go through the pre-draft paces.

According to Zach Hicks of SB Nation, Gilbert, one of the more underrated players in this year’s draft class at the linebacker position, said on Friday that he met with the Steelers after his pro day was over.

In a Friday report by Tony Pauline of draftanalyst.com, Gilbert had a great pro day as he ran his 40-yard-dash in 4.46-seconds in addition to having a vertical jump of 39.5-inches and a broad jump of 10’6″. He also reportedly did 20 reps on the bench and his 3-cone time was 6.94-seconds.

Gilbert played in this year’s East-West Shrine game and that means the Steelers had already met with him informally a few months ago.

In the 26 games that Davis played at Akron, he registered 151 total tackles of which 31.5 resulted in lost yardage with 7.5 of those being sacks. He also intercepted 3 passes during his college career, forced 2 fumbles, and had 6 total pass breakups. Davis was reportedly invited to play in the East-West Shrine game this year but chose not to. He also started his college football career at Pittsburgh before transferring to Akron in 2016.

It will now be interesting to see if the Steelers bring either Davis or Gilbert in for a pre-draft visit in the coming weeks.