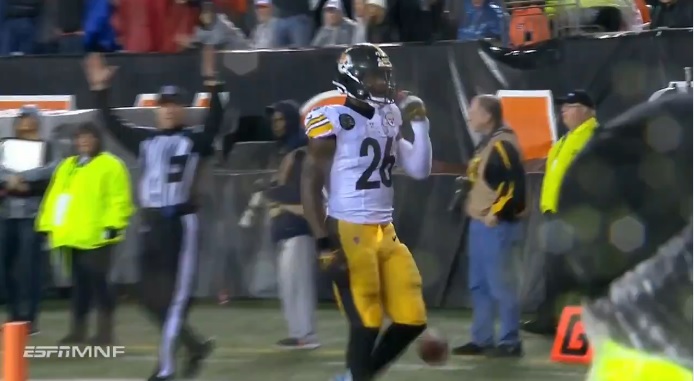 Le’Veon Bell has a new rap album. He also has a new football team. Bell is expected to sign with the New York Jets, per this report from ESPN’s Adam Schefter.

The Jets had always been the most logical destination. Rumors about interest from Oakland and Baltimore appeared to be an attempt to dump up interest to increase his price tag. As I was writing this, the numbers for Bell came in. Schefter is reporting it as a 4 years, $52.5 million contract, an average of just over $13 million per season. That’s far less than the $15 million – minimum – he’s hinted at previously.

Le’Veon Bell’s four-year deal with the New York Jets has a max value of $61 million and includes $35 million guaranteed, per source.

Over the last 48 hours, Bell has hinted about having a difficult decision while current and former NFL players have teased his impending signing.

Bell sat out all of 2018 after being franchise tagged. He ends his Steelers’ career carrying the ball 1229 times for 5336 yards, an average of 4.3 yards per carry, and 35 touchdowns. He was dynamic as a receiver too, catching over 300 balls and repeatedly broke the franchise record for receptions by a running back.

The Steelers second round pick of the 2013 draft, Bell had a forgettable rookie season, rushing for just 860 yards and 3.5 per carry. He dropped weight and turned his outlook around as a sophomore, finishing second in the league with nearly 1400 yards on the ground. An MCL injury ended his 2015 season but he came back strong the following year, rushing for almost 1300 yards at nearly five yards a pop. He also caught 75 passes. 2017 led to his biggest workload, a league-high 321 carries and 85 receptions.

After contract talks fell through for the second straight offseason, the team tagged him and Bell sat out all of last season. While teammates were content with his desire for a long-term deal, there was tension over Bell’s approach. He told teammates and publicly said he would report by Week One, didn’t, and never gave much of an indication of when he would report. Ultimately, he chose to miss the entire year.

Bell reportedly turned down a five-year, $70 million offer from the Steelers last July and that deal was set to pay him around $33 million in the first two years. He reportedly did so because the fully guaranteed money in that offer was too low.

It will now be interesting to see what the full breakdown of Bell’s deal with the Jets is and how much of that $35 million is actually fully guaranteed versus what is guaranteed against injury and skill. Bell more than likely will get around $20 million or so in 2019 in base salary and bonuses.