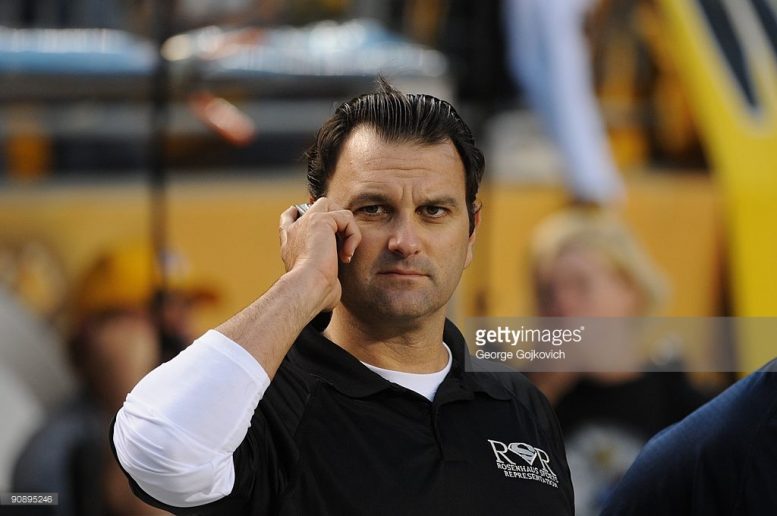 Agent Drew Rosenhaus has a higher profile than some of the clients that he represents. He is unquestionably one of the premiere sports agents in the industry, and pretty routinely gets his clients record-setting deals. What he just helped to pull off with Antonio Brown, essentially forcing a trade and renegotiating an outstanding three-year contract, is pretty remarkable in and of itself.

For people like Rosenhaus, this is the future that he envisions for players—and, of course, for the agents who get the commissions on those contracts. He spoke to Rich Eisen yesterday about the build-up to the Brown trade and all that it entails yesterday and he laid out his beliefs about the future of player rights.

Asked how he feels the rest of the league is looking upon the trade and subsequent renegotiation, he told Eisen, “I think it’s going to hopefully have a very positive impact on the National Football League. One thing as an agent that I’m a huge believer in, and I’ve had discussions with the NFLPA about this and they’re very supportive, is, you know, we’re always looking for more flexibility and the ability to renegotiate and seek trades. It should be more of a two-way street in the NFL”.

In truth, there is a lot of fairness in what Rosenhaus has to say. For a long while, owners had near-unilateral control over players and their employment status, free to release them or to trade them at any point if they should so choose. Players have a much more difficult time of getting out of their contracts, even today.

“You’ll see a litany of players that just signed new contracts two years ago, look just in Detroit, they let T.J. Lang and Nevin Lawson go”, he pointed out. “I think it was last year that Lawson signed a new deal and two years before that T.J. Lang. That’s just a small example of instances where teams commit to contracts with guys and then let them go. I mean, in wasn’t that long ago that we did a big deal for Timmy Jernigan with the Eagles and the Eagles’ decided not to pick up his option”.

Similarly, a few years ago Kelvin Beachum signed essentially an either-or club option contract that was a one-year deal that could turn into a long-term contract if the option were picked up. They chose not to. Johnathan Hankins was recently signed to a lucrative contract by the Indianapolis Colts and released the following year. Examples like this are not hard to find.

“Hey, listen, that’s fair play. I’m in discussions with teams right now about players that just did free agent contracts that are either going to have to take a pay cut, or are going to be released”, Rosenhaus continued. “If that’s okay, then why isn’t it all right for a player like Antonio, who we feel has outperformed his present deal and uncomfortable with this current team, to seek a better circumstance? If teams can do it, why can’t players?”, he asked, pointing out that these situations are “prevalent in the NBA, and I think it’s great if more players and agents can follow our lead and do what we did with AB and what AB has accomplished with other teams and other players”.

Apparently Steelers players are really into setting financial precedents, as Le’Veon Bell is another who views himself as a pioneer of the running back market. His decision to sit out his second franchise tag to preserve himself for free agency is interesting in its potential for others to follow suit.