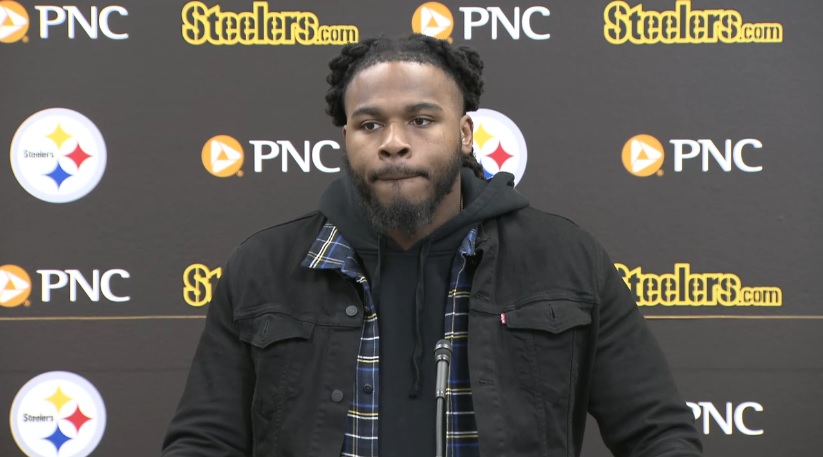 Mark Barron probably doesn’t worry anymore what his height and weight are listed at. He’s a linebacker, a self-admitted one, making the switch in 2015 to replace an injured Alec Ogletree. Once a move made out of necessity, he found a home there with the Rams and now, one with the Pittsburgh Steelers. But when asked what it’s like to play as a “hybrid” linebacker, Barron rattled off the qualities needed to overcome being a smaller guy.

“If a guy is going to be a smaller linebacker, he has to be tough, he has to be physical, he has to be strong,” he said in his introductory press conference with the media. “He also has to be smart and understand he’s a little undersized so you have to do things differently, how you attack playing the run. But for the most part, you have to be a pretty tough guy. You gotta be strong. You gotta have an understanding of the game. You have to know football.”

Barron was adamant he’s a linebacker, indicating more and more that’s how the team will view him too instead of a pure dime replacement for Morgan Burnett. While that’s still possible, he’s a very good athlete who can move around the field, it’s just as much an insurance policy for the hole at inside linebacker, a spot which still hasn’t been properly replaced following Ryan Shazier’s injury.

If the team can’t nab a top inside linebacker like Devin Bush, though it appears they will try, expect Barron to be the starting Mack linebacker next to Vince Williams to start next season.

While he’s on the light side, Barron thinks he’s proven he can play against the run and that teams don’t deliberately attack him because of size concerns.

“I don’t think that’s the case,” he said when asked if teams run at him. “I know that might be a perception that some people might think because I’m a smaller linebacker but I feel like, a lot of coaches and a lot of players have respect for me in this league. And they don’t feel like they can just run at me like that. I don’t think that’s the case.”

As we noted in our scouting report, Barron shows good patience and run fits with the ability to flow against zone schemes and play sideline-to-sideline. He gets into trouble when guards and centers are able to engage him at the second level, a tendency to be overwhelmed and moved out of his gap. We gave his run defense a grade of C+.