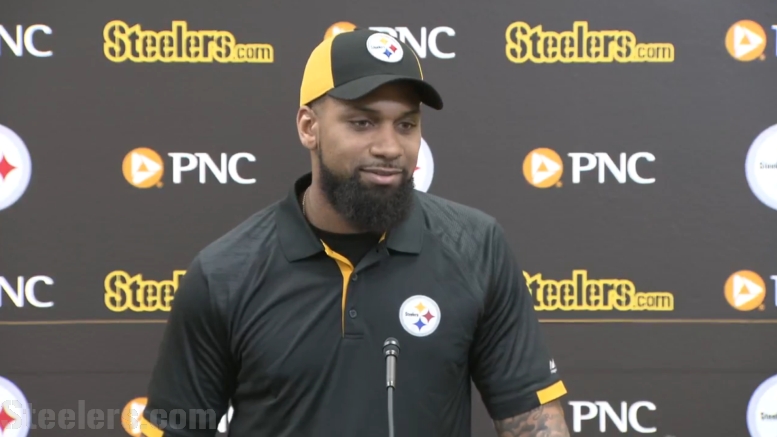 He may have just gotten here, but new Pittsburgh Steelers wide receiver Donte Moncrief is already the ‘old man’ in the position group—well, almost. In fact, Eli Rogers is several months older, as is practice squad player Tevin Jones. But in terms of playing experience, Moncrief has everybody beat by a good margin.

Rogers, like Moncrief, is also heading into his fifth season, but the spent all of his rookie year on injured reserve, and most of last season on the physically unable to perform list, so his experience has generally been limited to two seasons.

Which is as much experience as anybody else in the room has, even if one of them has already made it to a Pro Bowl. That would be JuJu Smith-Schuster, who is the youngest player in the room and who has similar numbers to Moncrief despite playing half as long. Ryan Switzer also has two years of NFL experience.

While he might not be the most accomplished wide receiver on the NFL, however, he could help to serve as that veteran presence, a role that other free agent signings of the recent past such as Jerricho Cotchery and Darrius Heyward-Bey have filled.

Not that he is being brought in to be a mentor. The Steelers signed him because they need him to play. There is a good chance that he is a full-time starter this season opposite Smith-Schuster, and the worst-case scenario is that he serves as the number three receiver behind an emergent second-year James Washington.

The funny thing is that, even with losing Antonio Brown, it’s kind of hard to argue that the wide receiver room is losing much in the way of interpersonal leadership. Even in his introductory press conference with the Oakland Raiders, when Brown talked about leadership, he only talked about leading by example.

Players from other rosters have already been influenced by his example as a hard-working practice player. For a player who so heavily criticized Ben Roethlisberger for being uncommunicative, there isn’t a lot of compelling evidence that he was a strong mentoring influence for the other wide receivers beyond the celebrity effect.

What Moncrief brings with him more than anything—aside from size and speed, and some combat catch ability—is, I think, perspective. He has played five years in the league with seemingly as many different quarterbacks.

He’s been through a lot, relatively speaking, in the league so far, and now he gets a chance to settle in in Pittsburgh, bringing that experience with him to pass along as he is able. Hopefully he proves to be a player who sets the example both on and off the field.