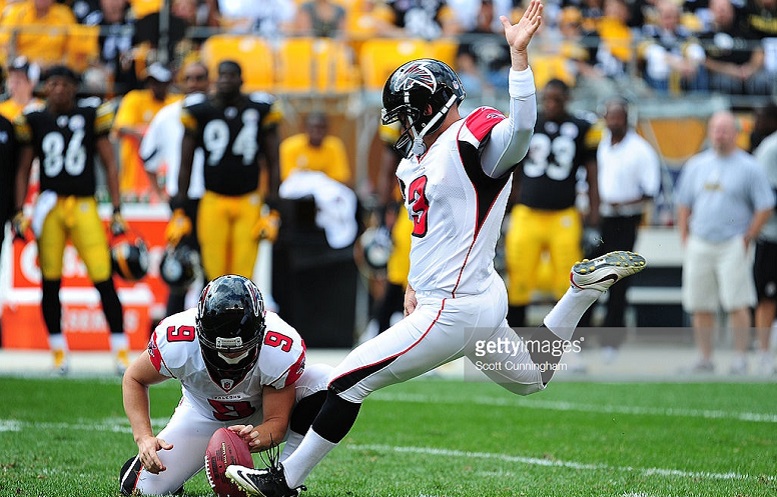 To hear Pittsburgh Steelers team president Art Rooney II talk a few weeks ago, kicker Chris Boswell is likely to have some competition for his job this summer and not necessarily from only kicker Matt McCrane, who the team signed during the final week of the 2018 regular season.

“I expect we’ll have a competition at our kicking position next year and I would hope that Chris [Boswell] can get back on steady footing, solid ground, whatever you want to say,” Rooney said during an interview with Bob Pompeani of KDKA a little less than a month ago. “But I think we have no choice but to open that position to some competition here in the offseason.”

Boswell, who is due a $2 million roster bonus on the third day of the 2019 NFL league year in March after signing a new contract just ahead of the 2018 regular season getting underway, is likely still recuperating from the reported grade-2 groin tear he suffered late in the 2018 season that resulted in him being placed on the team’s Reserve/Injured list in Week 17 and McCrane being signed to fill in for him.

With all due respect to McCrane, his brief NFL kicking resume, that includes his kickoffs, doesn’t seem like one that would adequately push Boswell for his job this offseason. If the Steelers feel the same way about McCrane’s legitimacy, they might look to sign a much more experienced kicker during free agency or later in the offseason to replace him. One such kicker who figures to be available come the start of the new league year his Matt Bryant, who made it known on Twitter Wednesday morning that he’s now been informed that his long career with the Atlanta Falcons is coming to an end soon.

To be more specific about Bryant’s immediate future, Vaughn McClure of ESPN.com reported Wednesday morning that the Falcons will not be exercising kicker’s team option for the 2019 season, meaning he will become a free agent when the NFL’s new league year begins on March 13. When that date arrives in five more weeks, Bryant might have a few suitors for his services as there will surely be a few teams looking for a better kicker.

When it comes to the Steelers potentially signing Bryant as an unrestricted free agent to push Boswell during the summer, one would think that if they’re even interested in the soon-to-be 44-year-old kicker, they would only want to sign him for the minimum and for one-year so that he would come with a reduced salary cap charge. Bryant might be better served to wait a while if a team doesn’t step up to pay him more than the veteran minimum during the early days of the free agent signing period.

It’s important to remember that Bryant has also dealt with some nagging leg and back injuries during his career and those will be concerns related to him moving forward based obviously on his age. While Bryant’s kicked successful overall in the four career games he’s played at Heinz Field that included him making 7 of 8 field goal attempts and all four extra-point tries, it just feels like the Steelers should be able to find a younger option than him in the coming months if they’re indeed looking for one.