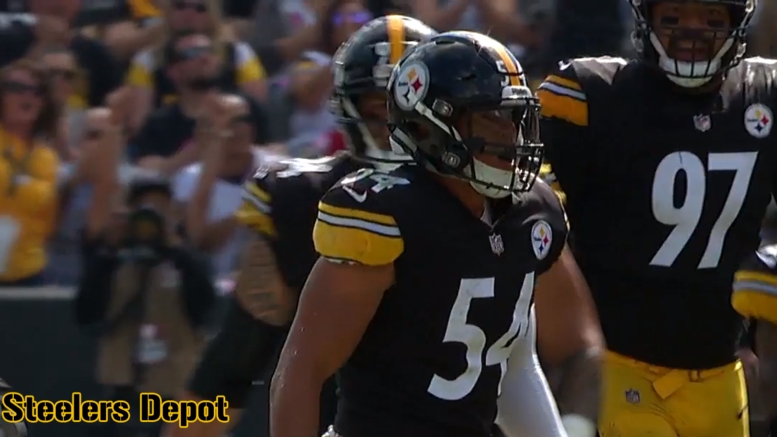 L.J. Fort – Take On Base Blocks Stronger And More Effectively

I know Fort isn’t a guarantee to return, set to be an unrestricted free agent, but I believe he’ll return. And there’s uncertainty with the position going forward. Inside linebacker is one of the top needs but there’s no guarantee they’ll fill it, as was largely the case last year. A bargain deal on Jon Bostic, who provided 562 marginal snaps last year, mostly phased out by year’s end. That provided more opportunity for Fort, who played well, and the coaching staff wised up enough to provide him semi-consistent playing time.

Fort typically gets profiled as a coverage linebacker who can’t play the run. That’s not totally accurate. He can play the run. He uses his athleticism well to beat pullers to the spot, come from behind, or when he’s able to play clean, he’s strong in diagnosing the play, finding the football, and finishing.

One area he does struggle is taking on base blocks. When guards and tackle are able to work and get square to him. His lack of size, relative strength, and some difficulty in block shedding creates problems. And there’s several examples of that one tape.

Here, Fort reads the path of the running back running off guard. But the guard is able to get into his pads and Fort can’t disengage as Phillip Lindsay runs past for a nine yard gain.

Initially, Fort is ok here. But as he dips inside, he loses his hand placement, allowing left tackle Russell Okung to engulf him and create the cutback lane.

Two plays against Oakland. Not the most egregious examples, the first more than the second, but you’re seeing the difficulty in getting off the block of the right tackle, #75 Brandon Parker. Easy to get swallowed up and he loses vision on where the ball is out, getting him out of his run fits.

Really good example here. Right tackle again, Marcus Cannon, blocking Fort off-screen. Didn’t have an overall impact on the play, nice rep from Morgan Burnett to slip the fullback’s block, but not a pretty example by Fort. And that’s what we care about here.

One last one, similar to the first. Trying to get to the outside half of the left guard but he can’t work off the block and Joe Mixon is able to hit the edge for a big chunk.

It’s really the one thing holding Fort back from being a trusted, three-down backer. Is that going to change at this point? Unfortunately, probably not. But if he can take that step, knowing there’s a real opportunity to continue and improve his playing time, he’d be the every-down ‘backer this team is so desperate for.