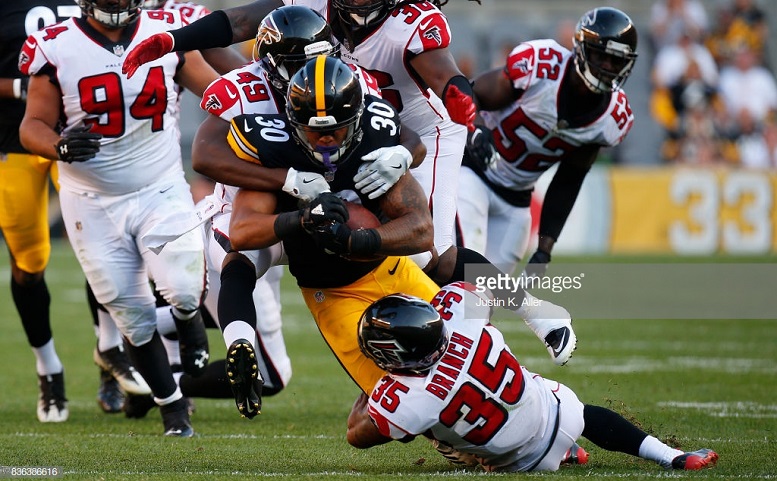 The Pittsburgh Steelers made one transaction on Wednesday as defensive back Marcelis Branch was signed to a Reserve/Future contract, according to daily NFL transactions report.

Branch, who played his college football at Robert Morris, was originally signed by the Atlanta Falcons in 2017 as an undrafted free agent. He spent his entire rookie season on the Falcons practice squad and was ultimately waived by Atlanta last September.

In his final two seasons at Robert Morris, Branch recorded 3 interceptions to go along with 134 total tackles and 8 pass breakups. He finished his college career with 251 total tackles. He picked off seven passes and had 21 total pass break ups. He played cornerback early during his college career but moved to safety in his final season at Robert Morris.

In the 8 total preseason games that he played with the Falcons Branch registered 24 total defensive tackles in addition to 2 special teams tackles. He played safety with the Falcons.