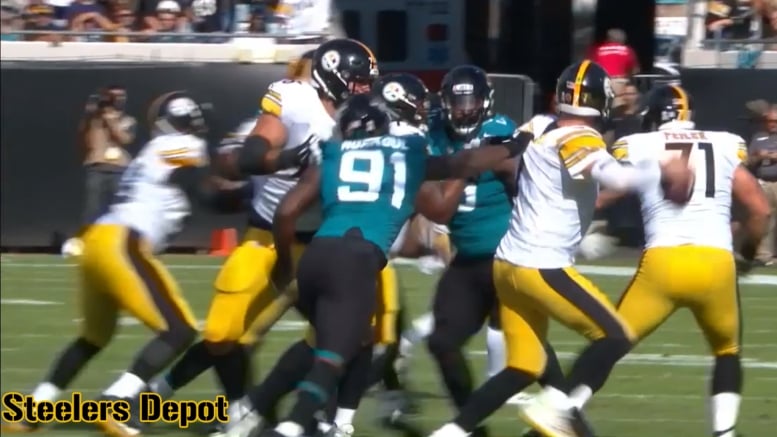 We have already heard from Art Rooney II about five or so separate times this offseason, perhaps in part as a response to a failed and tumultuous season that saw the Pittsburgh Steelers not only make the playoffs but draw headlines for the wrong reasons.

The storyline receiving the most attention is the fact that their best player on the team, wide receiver Antonio Brown, is not even talking to anybody right now, which is a bit of a big deal. Rooney has made it clear that the possibility of trading him is “on the table”. The only thing that they are not considering is releasing him.

But I’m sure he would like to change the focus. Right now the Steelers are working on getting a contract extension done with quarterback Ben Roethlisberger, Rooney confirmed earlier today during a fan-sourced interview through Steelers Nation Unite.

“We’ve already started talking to him and his representative about extending that contract”, he said. He has previously already confirmed that it was their intention to do so sooner rather than later. Roethlisberger has one year remaining on his contract. They will likely be looking at a three-year extension, possibly four.

“I think Ben has some good years left. I’d still say he’s close to being in the prime of his career”, Rooney said. The quarterback led the league in passing yardage in 2018, recording the first 5000-yard season in franchise history. He also broke his own franchise record for the most passing touchdowns in a season with 34, though his 16 interceptions led the NFL.

“Now that we’re seeing quarterbacks around the league that are playing into their 40s, I’m not sure there’s any reason that Ben can’t play for several more years”, Rooney said of the change in trend of elite quarterbacks being able to prolong their careers beyond what was previously the norm. “We’re looking forward to that”.

There is Tom Brady of the New England Patriots, of course, who at 41 is once again a Pro Bowler and will shortly be participating in the Super Bowl. He has thrown for over 4000 yards in each of the past two years at 40 years of age or older. Previously, only Brett Favre at age 40 had accomplished that in 2009.

There are currently six full-time starters in the NFL who are at least 35 years old. In addition to Roethlisberger and Brady, there is Drew Brees at 39, while Eli Manning and Philip Rivers are both 37. The majority of those players were in the postseason this year.

*May not be full-time starters depending on how the offseason goes.