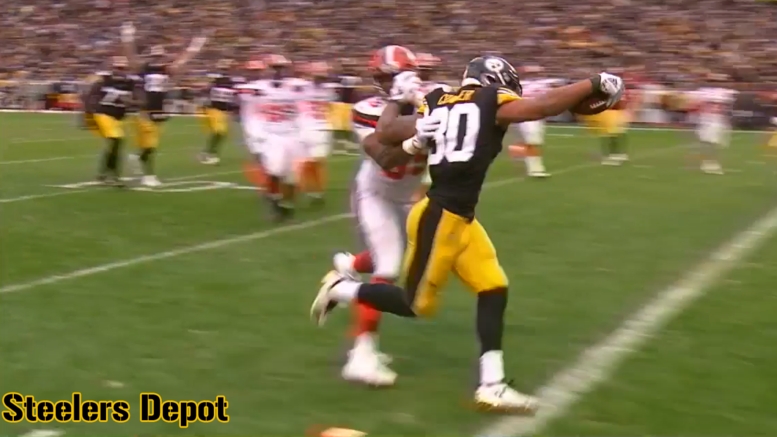 Question: Is James Conner going to be as good as he was through most of the 2018 season?

The Pittsburgh Steelers thought they knew who their running back was going to be last season—the same guy who had been their running back for the past five years, Le’Veon Bell. When he didn’t show up, it surprised everybody, but the reality is that the team had been preparing all offseason with James Conner working as the featured running back, so they were not caught off-guard.

They were, perhaps, a bit surprised about the success that he was able to have. Despite the fact that he missed three games, and had a dry spell here and there, he still managed to rush for nearly 1000 yards, adding another 500-plus yards through the air, with a total of 13 scores, the most by a running back since Rashard Mendenhall in…I want to say 2010. And only Antonio Brown since then has scored 13 times in a season for the team.

Was his overall performance representative of what the Steelers should expect him to be able to do with consistency in the future, however, now that they are pretty much assured that he will be their feature back as Bell heads off to free agency?

If his performance was in large part tied to the quality of the offensive line, then there may be some questioning here, with the loss of Mike Munchak and the possibility that the team could lose up to two starters (one by choice, the other via free agency).

He was also a player with very little tape, and most of his early opponents were game-planning with the expectation of seeing Bell, which can’t be dismissed. But there’s no doubt that he played well through his own talents as well.

He did seem to decline toward the end of the year, his last 100-yard game coming in Week Nine, and he dealt with fumbles and drops, among other things. What does that say in terms of predicting his performance for 2019?