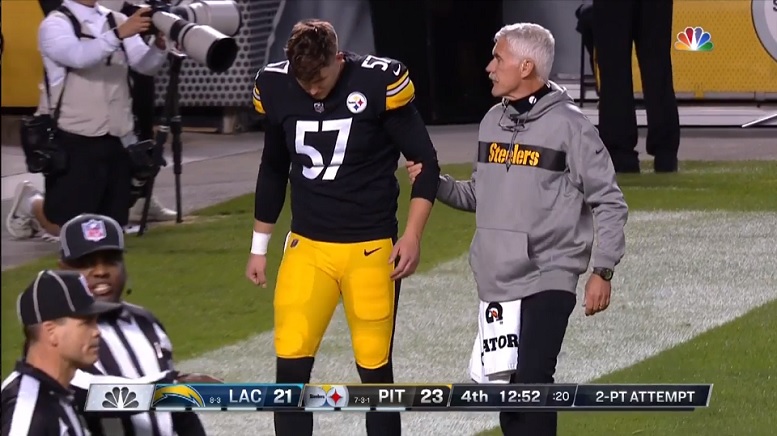 The Pittsburgh Steelers might wind up having a busy Week 14 as far as transactions go thanks to a few injuries the team suffered in Sunday’s home loss to the Los Angeles Chargers.

For starters, it will be interesting to see what the prognosis for wide receiver Justin Hunter is on Tuesday. Hunter, who suffered an injured shoulder while unsuccessfully diving for a second quarter pass from quarterback Ben Roethlisberger, could very well be headed for the Reserve/Injured list in the coming days if it’s determined he’ll be sidelined multiple weeks. If that were to happen, the Steelers could then fill his spot on the 53-man roster by activating wide receiver Eli Rogers from Reserve/PUP on Saturday.

Activating Rogers to the 53-man roster on Saturday might also be a wise decision with fellow wide receiver Ryan Switzer currently in concussion protocol. Rogers, like Switzer, can play in the slot and return punts. Even if Switzer is cleared to practice this week, having a capable backup to him this late in the season might be advisable. With Hunter also out of the picture it would possibly clear the way for wide receiver James Washington to resume dressing for games.

Also injured during Sunday’s game at Heinz Field was long snapper Kameron Canaday as head coach Mike Tomlin said after the contest that he’s now dealing with a sprained knee that he suffered during the fourth quarter Steelers punt that was returned for a touchdown. While Canaday was able to finish the game, he certainly didn’t appear to be moving all that great. The Steelers obviously only carry one long snapper so if Canaday is to miss any time the team will need to sign another one in the coming days.

The Steelers also might look to also add to their practice squad as soon as Tuesday. Now that inside linebacker Matthew Thomas has cleared waivers after being waived by the Steelers on Saturday, he might could be signed to the practice squad.  To make room for him, however, a player would need to be cut from the 11-man squad and one of the two young wide receivers could potentially be jettisoned.

While running back James Conner (leg contusion) and outside linebacker Anthony Chickillo (ankle) were both injured during Sunday’s game, early signs point to both players being able to return to action in a week or two. If it’s only two weeks max for both, it’s doubtful that the Steelers will need to make a roster move at those two positions.

Tomlin will meet the media on Tuesday at noon and at that time likely provide a full update on the health of the team. Additionally, one or two transactions might be announced by this same time tomorrow. Stay tuned.