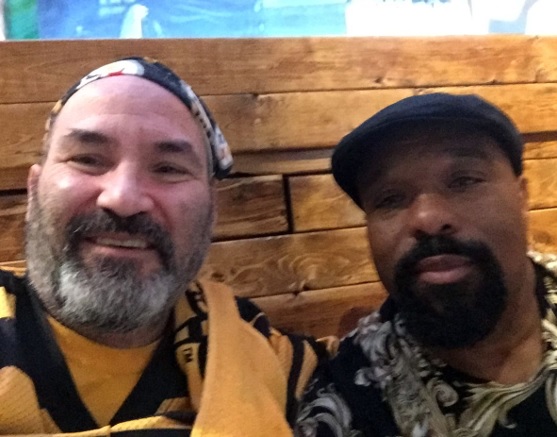 During the preseason, many people considered the Pittsburgh Steelers a Super Bowl contender. A potent offense that most expected Le’Veon Bell to bolster once the regular season was underway. The defense had more questions due to the loss of Ryan Shazier, but the hope was the young secondary would continue to develop while the front seven pressured opposing quarterbacks. Chris Boswell signed a multiyear contract and his foot could be depended to score when needed. The first four games were set up to give the Black & Gold a fast start.

But the offense sputtered particularly in the first quarter. Opposing quarterbacks sting the defense at key moments. The special teams have been penalized & Chris Boswell began missing not only field goals but extra points as well. The Steelers arrived to play the Baltimore Ravens with a 4-2-1 record. The Ravens lead or are near the top of the NFL in many defensive categories. And, the Steelers record in Baltimore has not been strong lately.

After rolling the Cincinnati Bengals & Cleveland Browns, could Pittsburgh overcome the demons in Baltimore and prove they are not just pretending to be contending?

Pittsburgh avoided three and outs. A good sign against a stout Baltimore defense. The first drive ended with Ben Roethlisberger doing a pooch kick. Baltimore was ready for it and later took a 3-0 lead. But Pittsburgh answered with a first quarter touchdown! Ben completed passes to Antonio Brown, JuJu Smith-Schuster, James Washington and capped it with a touchdown pass to James Conner. Then another drive with multiple receivers and of course Conner running around and through Raven defenders. Vance McDonald caught a pass for a first down. Washington got his second reception. JuJu and Conner caught balls. AB caught the touchdown to make it 14-3.

Baltimore did not have answers.

At times Ben seemed to have too much time as the offensive line kept him clean. A chaotic series of plays to end the half was near disastrous as the desperate Ravens defense nearly picked off two passes. However, we kept the ball and the whistle finally blew to end the debacle of a drive. Conner had 70-yards rushing plus another 42 receiving by the end of half to tire out Baltimore.

Pittsburgh receives the ball to open the half. Baltimore trying to assert itself with physical play. Smith-Schuster holds onto the ball after a shot to the head by Eric Weddle. Unfortunately, the play erased due to an offsetting holding call. JuJu enters the medical tent for evaluation. Ryan Switzer picks up the first on third down. Defenders tip two of Ben’s passes and he takes a shot to the head but no flag. Brown picks up another clutch first down. Conner and McDonald add first downs. JuJu returns and catches a first down pass. Ben passes to Conner who almost scores. Ben finishes the drive with an anti-Haley play – the quarterback sneak. The drive eats 8:14 from the clock.

Pittsburgh capped another long drive with a field goal. A key play happened after Ben was hurt on a three-yard scramble. I could have sworn I saw the defenders right hand doing a horse collar, but the referees penalized the Steelers instead. The second flag in two straight plays against the Steelers after AB called for pushing off. It’s 2nd and 20 from the 5-yard line with Josh Dobbs in.

We all wondered how serious Ben’s injury is. Dobbs fires a 22-yard pass to JuJu and Ben comes back in game. JuJu gets another first down but the offense stalls at the eleven-yard line. A field goal makes it 23-13. There is 5:23 to play with Pittsburgh getting the ball with a 7-point lead. Conner runs to eat time and force Baltimore to use timeouts. Antonio Brown picks up a key first down and JuJu another. Ben holds the ball on third down and takes a sack keeping the clock moving. The offense was highly effective at keeping the ball away from Baltimore for 20:14 of the second half.

The defense bent but only gave up two field goals in the first half. Joe Flacco felt the pressure early in the game. Flacco can tell you the brand of cereal that Stephon Tuitt and Cam Heyward ate for breakfast. Morgan Burnett was burned on a pass to Chris Moore who made a great catch. Mike Hilton nearly intercepted a pass in the end zone preventing a touchdown. Hilton also making tackles preventing their running backs from breaking away. Coty Sensabaugh, who played a lot, tipped a ball away to prevent another score.

The referees called pass interference on Terrell Edmunds but seemed it could have gone either way. Some folks said he needed to turn his head around. Bud Dupree drew a holding penalty, but it was declined. It seemed like the Baltimore tackle held him all game.

Holding the Ravens to two field goals and forcing Sam Koch to punt three times was a good defensive half.

The defense gave up a touchdown in the second half. However, they also forced a three and out and limited the Ravens to a field goal in another drive. The Ravens marched down the field. A penalty on Morgan Burnett was close to me, but it stood and gave them a first and goal. The referees, some missed tackles and a determined Ravens team kept the game close. The Steelers swarmed Flacco on the next drive. Baltimore could not make up the ground lost, and Koch punted again. Sean Davis made a couple clutch tackles to prevent first downs.

By end of game, Flacco was back to his formula of throw long and hope for a flag which the referees obliged more than once. Tuitt’s sack on their final possession really had the Raven’s offense racing as the second-hand swept time away. One final desperation play with the ball lateraled multiple times and this game was in the can.

Is it time to worry?

Chris Boswell missed another PAT attempt. He did nail his only field goal attempt but there was a period in the second half when folk were hoping that missed extra point would not be a factor. Darrius Heyward-Bey had a penalty on a return that pinned the Steelers back. On the plus side, Switzer’s 31-yard kick return after the Ravens opening field goal was great. Need to clean up the penalties and keep an eye on Boz.

Yours truly had the “best” comment of the 672 posted in the firsts half: “Just had French Toast; bacon and coffee. Now going to order a mimosa at Outta the Way Cafe. Will find out if Steelers are Contending or Pretending Today!” The Intense Camel was happy at the oasis, “The offense is extremely balanced this year. It’s really refreshing.” Canadiana appreciated the big guys, “Cannot believe just how good our o-line is.” Pittfan voiced what many are thinking, “Connor is better than Bell.” John Noh described why, “He’s faster, more elusive, and tries harder. And he costs 20th of the price.” While Christopher pointed out a flaw on a defensive play, “No one covered (Lamar) Jackson, got lucky.” Joe Flacco missing him resulted in a field goal and the defense made Jackson a non-factor in the game.

CoachCot had the best second half comment. He was impressed with the Steelers back-up quarterback. “Dobbs just showed us why they kept him. You have to have confidence in a guy to make that call.” 871 comments in 2nd half. Somehow, JaMarcus Russell got into the discussion as DAWAARE mentioned, “During the JaMarcus Russell days, Raiders coaches didn’t believe he was watching film. So, they gave him blank tapes. The next day, he came in saying he watched ‘blitz packages.’ Again, they were BLANK.’” Once it became a one score game Yeshaya shared, “If only Boz made that XP, my pulse would be like 10 beats healthier” Jesse James had the longest reception of the night but tonyamos7 from across the pond saw that “OMG the Outlaw nearly dropped that…” BurghBoy412 “One of the worst officiated games I’ve seen” as many would agree. But, “We Had ’em all the way,” was my conclusion. “Not a drop of doubt in my mind.”

Renoir noted in the 2nd half thread that “Got rough games coming so we needed this one…” I agree. There are just a couple of days before the Steelers host Cam Newton and the 6-2 Carolina Panthers this Thursday. Then trips to Jacksonville and Denver before returning to host the red-hot Los Angeles Chargers. The Steelers proved that they are a contender but don’t have much time to celebrate. Here we go.

In the 2018 Memorial Day Weekend: Steelers Friday Night Five Questions, I committed to play songs that Steelers Depot respondents suggested might be the new Steelers anthem if Renegade by Styx was ever replaced. Here is entry 29 of 45 from Shannon Stephenson: Flesh of My Flesh, Blood of my Blood by DMX.