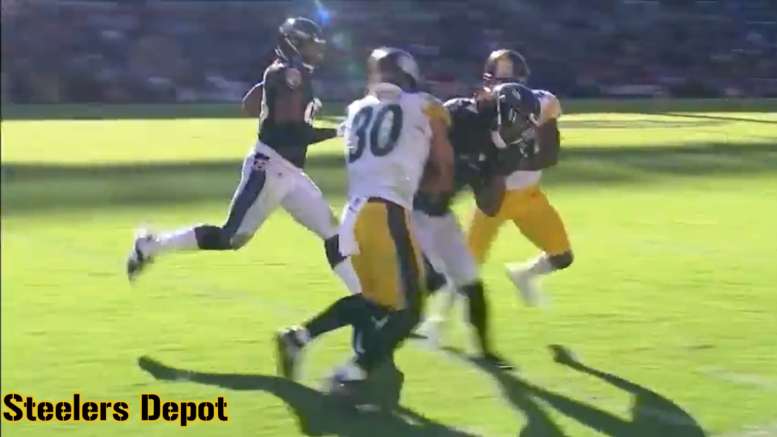 It’s one thing for James Conner to be doing things that nobody for the Pittsburgh Steelers has done before. Now the second-year running back is starting to make NFL history, and that is a big deal. In just eight starts, the young man has distinguished himself as a superior NFL talent and an all-around one at that, and I can think of no better stat to illustrate that than the one to follow.

Conner is the 1st player in @NFL history with 4 games within a single season of 100+ rushing yards, 50+ receiving yards & a touchdown. pic.twitter.com/exBGzYli8r

And I hasten to note that we are only halfway through the season, but nevertheless, it’s pretty remarkable that this has never happened before, though with the evolution of the running back position, I would not be surprised if it happens a few times over the next half a decade.

The first time he did this? Why, his first start, of course, in the season opener. Against the Cleveland Browns, Conner rushed for 135 yards on 31 attempts while adding 57 receiving yards on five receptions, and he rushed for two scores.

He struggled—to perform and to get carries—over the next three weeks, but then in Week Five he had another big game against the Altanta Falcons, rushing for 110 yards on 21 attempts and another two rushing touchdowns. He added four receptions for a career-high 75 receiving yards.

And now he’s done it in consecutive weeks (including twice overall against the Browns), as last week he added a career-high 146 rushing yards and two touchdowns as well as 66 receiving yards. It was his fourth 100-yard rushing game in a row and fifth overall.

Aside from literally doing something that no player has even done before (and for the record, Todd Gurley is the only other player in the league right now who has at least two games of 100 rushing yards, 50 receiving yards, and a score; only nine players ever have had three games before), Conner’s touchdown also distinguished him from the rest of Steelers history.

With his first receiving touchdown, he now has 10 overall on the year through eight games. He is the first and only player in team history to score at least 10 touchdowns through the first eight games of any season since the organization’s founding in 1933.

The Steelers’ all-time leader in touchdowns score for a single season is Willie Parker, who had 13 rushing touchdowns and three receiving touchdowns in 2006. Conner could average just one touchdown per game for the remainder of the year and set a new record.

Le’Veon Bell’s season-high in total touchdowns is 11, which he has done twice. His career-high for rushing touchdowns in a season is nine, which Conner has already matched, while his high for receiving touchdowns is three. The second-year back needs just one touchdown to match Bell’s best scoring output.