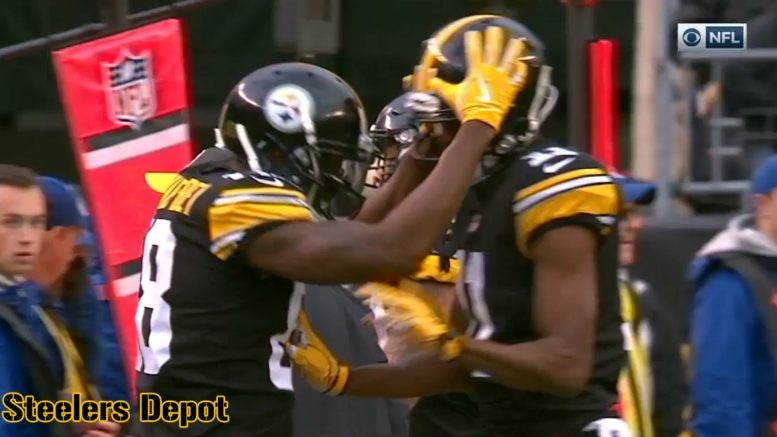 To the chagrin of a large number of fans, the Pittsburgh Steelers continue to value what 10th-year veteran wide receiver Darrius Heyward-Bey brings to the table. On the coaching staff, I am speaking in particular of Danny Smith, the special teams coach, who used the former first-round pick as a key player on his units.

Heyward-Bey missed the two games heading into the bye week, but he was back and ready to contribute on Sunday, playing 16 snaps on special teams. In just five games, he has already logged 76 snaps, pretty evenly divided between punt returns and coverage as well as kick coverage. So let’s welcome him back by taking a look at some of his 16 snaps against the Cleveland Browns.

One of the Steelers’ first punts saw Heyward-Bey met with vice jammers, Jordan Berry booting a 48-yarder to the opposite side of the field. He used his speed to break hard to the inside and eventually win space while still keeping the return inside of him. Julius Peppers gained 13 yards, but the return was negated by an illegal block.

The Browns were punting soon after, and Heyward-Bey tends to move around a lot on these units. On this snap, he dropped toward the left on a 52-yard punt to work a vice jam on the right gunner. While he allowed the gunner to slip through, he provided a secondary block that helped Ryan Switzer on a 23-yard return.

The veteran also managed to help Berry punt yet another punt this season down inside the five-yard line, getting to the ball at the four after a 42-yarder from the Browns’ 46-yard line. As you can see, he made quick work of the jammer at the top of the screen.

In the fourth quarter, he was one of several players chipping in on a tackle on a Chris Boswell kickoff short of the 24-yard line. L.J. Fort was given sole credit, but as you can see in the play below, a number of people including Roosevelt Nix were there as well, the unit doing a nice job of converging on the returner.

After quickly forcing a punt, Heyward-Bey lined up directly as a vice jammer rather than shifting there late. As the inside vice, he did a good job of pushing the gunner further inside before looking for somebody else to block.