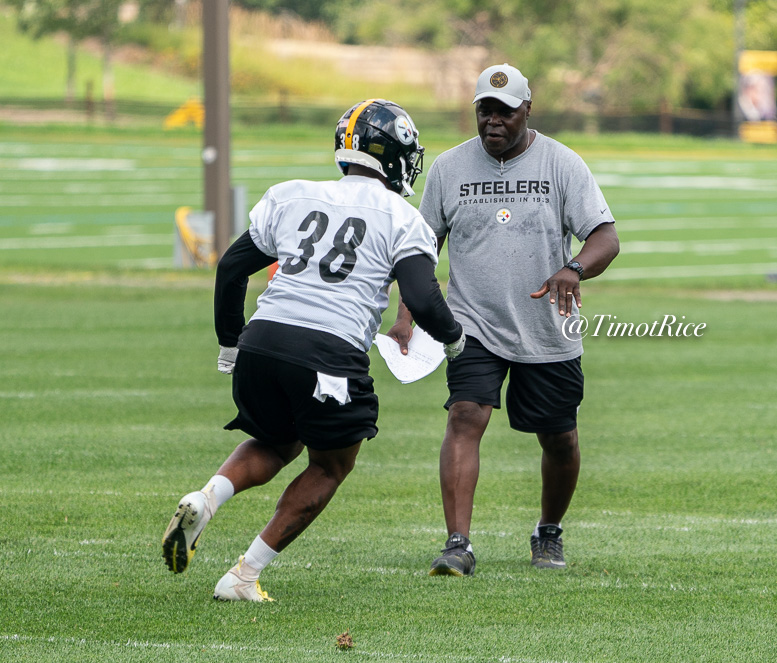 Jaylen Samuels has only recently been mixed into the Pittsburgh Steelers’ offense. But Mike Tomlin likes what he sees.

At his regular Tuesday press conference, Tomlin was asked to evaluate Samuels through the first half of the season.

“I like his arrow,” Tomlin said. “It’s been continually pointed up. But we expect that from him and all the rookies, to be quite honest with you. He’s met that element of the challenge. He’s been a positive contributor to our efforts. It’s shown on teams. It needs to continue to show on teams.”

Samuels has been used on kick returns, one of the three men back capable of returning the ball, and more recently, on the punt rush/return team. It made his impact nondescript and easy to overlook but an important part to a rookie working his way up the ladder. Especially one in the same room as James Conner, enjoying a tremendous season, and Stevan Ridley, a long-time vet that Tomlin has been a fan of for some time.

Over the last two weeks, Samuels has gotten work offensively too. He saw six snaps against Baltimore and with Conner’s landing in concussion protocol last week, Samuels wound up playing 17. That included scoring his first career touchdown, a six yard screen pass to begin the fourth quarter.

“Obviously, in recent weeks when given an opportunity to touch the ball, he’s shown some on offense as well,” Tomlin said.

With Le’Veon Bell looking unlikely to reporting this season, Samuels’ roster spot will be safe and he’ll compete with Ridley for backup duties the rest of the way. The strides he’s made in pass protection, as we noted this morning, will certainly help his cause.

Ben Roethlisberger has felt like he’s been in Samuels’ corner. In his press conference following Thursday’s win, he said his throw to the rookie was his favorite of the five touchdowns he tossed. And it created a special moment as Samuels was walking back to the sideline. Roethlisberger waited for him, put his arm around him, and Steelers.com’s “sights and sounds” video captured what he said.

“That’s awesome, I’m proud of you. Way to get around him, get in, and make a play. Good job brother.”

Cool moment between Roethlisberger and Jaylen Samuels after his 1st touchdown. Team site captured what Ben said to him.

"That's awesome, I'm proud of you. Way to get around him, get in, and make a play. Good job brother." #Steelers pic.twitter.com/kWhOj16oSR

Should Samuel’s arrow continue to point in the right direction, he’ll offer depth behind Conner and have a strong chance of sticking on the roster heading into 2019.