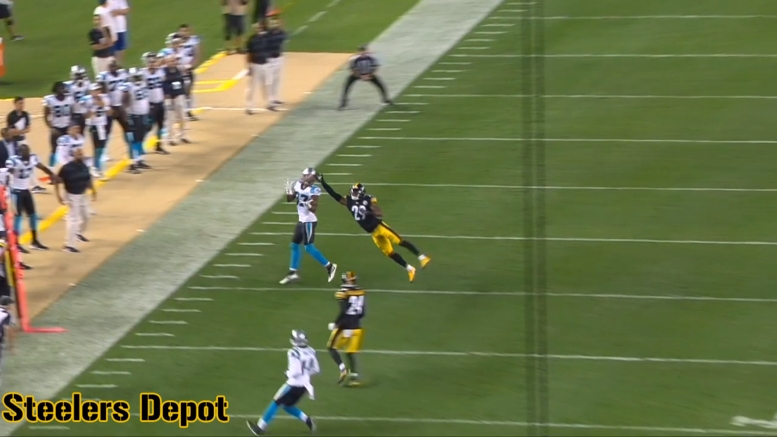 The Pittsburgh Steelers have an awful lot of uncertainty in the secondary right now, quite a disappointment following an offseason in which they seemed to feel as though they had stockpiled a good amount of talent.

The biggest question mark with health being taken out of the equation remains the right outside quarterback position, where Artie Burns has lost his full-time starting job for now as he attempts to get it back. He has spent the past two weeks rotating with Coty Sensabaugh.

We may see Cameron Sutton being rotated into the as well heading into this week if Mike Hilton gets back on the field. But what would it take for Brian Allen, the second-year cornerback recently promoted from the practice squad, to get an opportunity on the field?

It’s hard to imagine that the Steelers have much of any confidence in any of the three players named above, because all three of Burns, Sensabaugh, and Sutton have struggled, giving up key touchdowns, though the latter two have recorded an interception apiece. One was in trap coverage and the other was on an underthrown pass.

One would think that the Steelers are not even considering Allen right now, given that they didn’t even think enough of him to keep him on the 53-man roster as a sixth cornerback, choosing instead to carry six safeties, which always seemed a bit silly.

But could the situation reach a point at which they feel like it’s worth giving him a shot to play some snaps? He struggled during much of the preseason before showing better in the finale, and the impression seemed to be that he was asked to work on his man coverage, which led to him trying to jump too many routes, as a result giving up some big plays for just missing on them.

If we get a couple more games of futility out of the group currently manning the right outside cornerback position, would it really hurt to take a long look at Allen during the bye week to see if he can offer anything when he is not pressure into trying to make plays to keep his roster spot during the preseason?

Of course his first step is simply getting a helmet on game day. Given that Berhe dressed, there’s a good chance that he will too, and Allen was a regular on special teams last season, so he could assume that role. He played on all coverage and return units during the preseason, as well as on the field goal blocking unit.