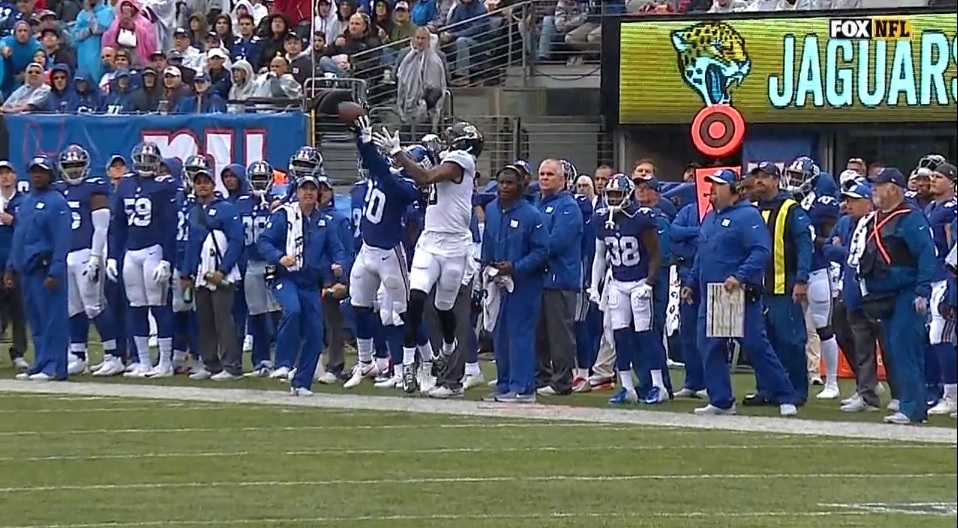 With the trade deadline a week away, the Pittsburgh Steelers are reportedly one of many teams looking at cornerback help. According to this tweet from CBS Sports’ Jason La Canfora, they’re looking into the markets of CBs Gareon Conley and Janoris Jenkins.

Teams sniffing around on Janoris Jenkins and Gareon Conley. The corner market is hot ahead of the deadline. PHI, NE, PIT among those exploring multiple options

Unfortunately, in typical La Canfora fashion, this report is light on the details. Conley is part of the Oakland Raiders “definitely not tanking” strategy, benched in recent weeks after poor play. But he is a “pedigree” player, a former first round pick, and the Steelers showed interest in him before the 2017 NFL Draft.

As we wrote before, Conley likely wouldn’t be the cure to the Steelers’ right cornerback woes. But there’s potential for help in 2019 and beyond.

Jenkins is a new name in the fold and a big reason why I’m even passing this report along. The Giants have their own possible fire sale, trading away fellow corner Eli Apple to the New Orleans Saints this afternoon. He’s started all seven games this year, picking off a pair of passes and forcing a fumble. His contract is pretty heavy for production that doesn’t quite match it. Signed through 2020, he’s owed $10.15 million through the final two years. He turns 30 on October 29th.

The gem of the trade deadline is Patrick Peterson but the Cardinals are unlikely to part ways with him. Even if they do, the Steelers don’t seem to be in the mix, as we discussed this evening.

Odds are, Pittsburgh will stand pat at the deadline and roll with what they have. Which is trying to decide between Coty Sensabaugh, Artie Burns, and perhaps Cam Sutton if safety Morgan Burnett can get healthy and slide back into his dime package role.