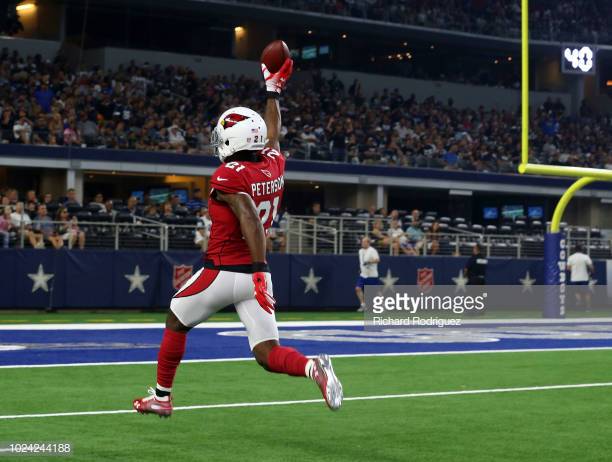 I know all of Steelers’ Nation wants the team to make a splashy trade for Arizona Cardinals’ cornerback Patrick Peterson. Just don’t count on it actually happening.

Cardinals’ owner Michael Bidwill said the team has no plans of trading Peterson this season.

“Not true,” Bidwill said via NFL.com. “I’ve seen the speculation. But it’s not happening. Not happening.”

It always felt unlikely to happen, given his talent and contract, still signed through 2020, meaning Arizona has no real incentive to deal him.

The desire for the Steelers to upgrade at cornerback is obvious. There’s no clear starter opposite Joe Haden. Artie Burns was supposed to be that guy but has so clearly struggled and led to his repeated benching. He’s been rotating with Coty Sensabaugh since Week Three and it’s unclear how that division of labor will look moving forward. It’s possible Burns is sat entirely, at least for a little while.

Peterson’s name hasn’t been the only one thrown out there though he was always the most long shot of possibilities. Maybe the second most popular name suggested is Oakland Raiders’ CB Gareon Conley. A former first round pick, he’s been benched by Jon Gruden and didn’t play a single snap this past weekend.

Gruden, in that linked article from PFT, gave a vote of confidence in Conley but other reports paint the Raiders as something of a fire sale, willing to trade anyone not named Derek Carr for the right price. We’ve seen the Steelers show plenty of interest in high pedigree players and Mike Tomlin attended Conley’s Ohio State Pro Day in 2017.

Trading for him might be more realistic but there’s a valid question of how much it will help the team. Will a young, struggling player replace Burns, also a young, struggling player? Then there’s the fact Conley has to learn and get comfortable in the defense under a new coaching staff, something that may not happen until late in the season. Odds are, such a trade won’t help the team very much in the short-term.

In-house, there’s still Cam Sutton, a possible option to play on the outside once Morgan Burnett returns and can play in that dime linebacker role. There’s also Brian Allen, cut after struggling in the preseason, but returned to play special teams following Nat Berhe’s season-ending torn pectoral.