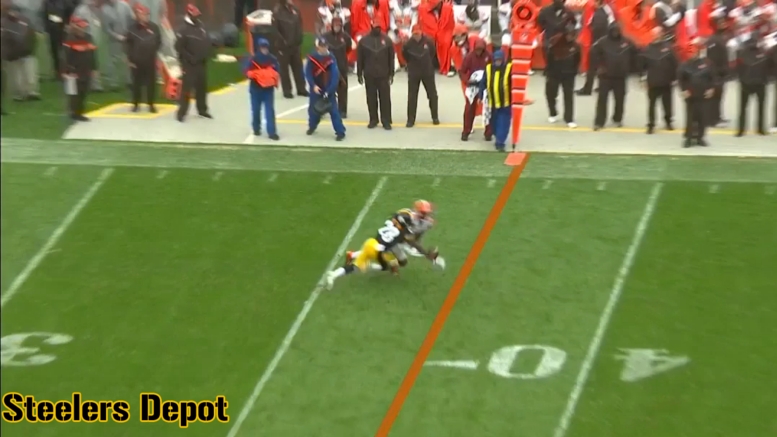 The Cleveland Browns targeted Jarvis Landry this offseason as a piece that they believed would help them build a competitive offense. The fifth-year wide receiver became the first player in NFL last season to record 400 receptions within his first four seasons, and has helped them win two games and tie another, which is already more than double their success over the past two years.

In fact, only 10 players have ever even recorded 400 receptions within their first five NFL seasons. And now, just five games into his fifth season, he already owns the record for the most receptions in a player’s first five years, when he caught his 27th pass of the year on Sunday (he proceeded to catch two more after that).

Currently sitting at 29 receptions on the year, and 429 for his career, Landry stands alone in this category, surpassing Larry Fitzgerald’s mark of 426 receptions from 2004 to 2008, a mark that he set in 76 games.

The others who have also since reached that mark are Brandon Marshall, DeAndre Hopkins, Anquan Boldin, Julio Jones, and A.J. Green, but it is Jones’ performance that is most notable. He was limited to just 65 games over his first five seasons, the equivalent of missing nearly an entire year, and still reached 414 receptions.

As for the rest of the numbers, it’s pretty astounding. Of the 10 wide receivers who have caught 400 or more passes in their first five seasons, Landry was the only one who failed to reach at least 5000 yards (of course, he still has 11 games to go). He currently sits at 4419 yards, averaging just 10.3 yards per reception and 64 yards per game, both the lowest of these players. His 7.05 yards per target is the lowest on the list as well, though his catch rate of 68.4 percent is the highest.

As for Pittsburgh Steelers wide receiver Antonio Brown, he caught 390 passes during his first five seasons for 5259 yards and 28 touchdowns, averaging 13.5 yards per reception and 75.1 yards per game. He did that in 70 games, fewer than all but Boldin and Jones (and Landry, for now).

Brown was a depth/special teams player during his rookie season and only really began to emerge in the middle of his second year, previously buried on the depth chart. He really began to break out in earnest in year four and has since become arguably the best at his position, and one of the best ever.