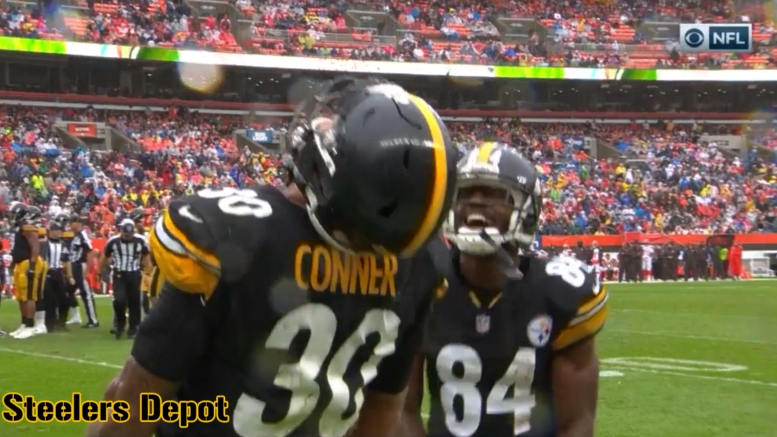 The Pittsburgh Steelers can be a hard time to believe. That can mean multiple things, but today I mean that in a literal sense. They make a lot of comments about how things inside the locker room are blown out of proportion outside of it, but—while a lot of that is inevitably true—there are also things that come out later suggesting the opposite.

As in the aftermath of the James Harrison release, or in the result of Martavis Bryant trade, or even in the comments made by Le’Veon Bell’s teammates when he failed to show up when he was expected. These events seemed to indicate that there has been more truth to the media-fueled drama than the locker room would like you to believe.

That’s why, I’m sure, many will take Antonio Brown’s recent comments with some skepticism. In comparing his connection with Ben Roethlisberger has a WiFi signal that varies in strength, he said, “me and Ben laugh about you guys, creating drama, writing about us”, referring to the media.

The comment was made after one reporter observed that the two players did not seem to spend a lot of time communicating with one another on the sidelines during games, though there’s only so much one can confirm about that without watching them the entire time.

Brown said that members of the media are “trying to create adversity and distractions. We actually text about it, laughing, communicate a lot on text message about you guys”. Both he and Roethlisberger have said multiple times recently that the strength of their relationship is communication.

Perhaps what Brown has to say is mostly true. Perhaps things in the locker room, generally speaking, are perfectly fine. His frustration is less about his own contributions and more about the team’s struggles, which regularly seem to coincide with poor numbers on his part.

As Roethlisberger said, Brown will “get his numbers, which will in turn get us wins” if he improves his own play, which has been below the line for long stretches of the season so far, particularly in the second halves of games.

Roethlisberger has completed just 45 of 78 pass attempts in the second half and overtime over the first four games, below 58 percent. Those 78 attempts have produced 508 passing yards, a meager 6.5 yards per attempt, and he has just one touchdown pass an one interception. All four of his second-half explosive plays came in the first two games of the season as well.