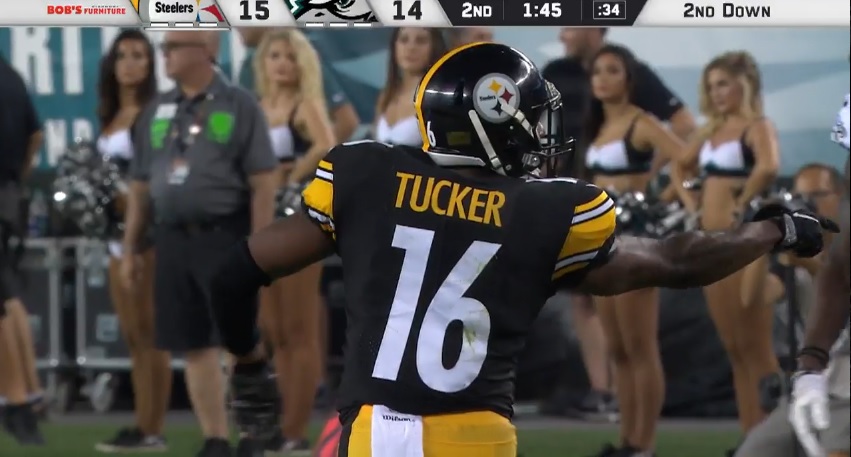 The Pittsburgh Steelers made another transaction on Saturday and this one once included a player being waived from the team’s Reserve/Injured list with an injury settlement.

As was hinted on Friday on his Instagram account, wide receiver Marcus Tucker was waived from the Steelers Reserve/Injured list on Saturday with an undisclosed settlement.

Tucker,who was signed originally by the Steelers as an undrafted free agent in May of 2016, spent the last season and a half on the team’s practice squad. During the offseason, Tucker was considered by many to be a prime candidate to make the Steelers initial 53-man roster this year.

Tucker was waived injured by the Steelers last Saturday and reverted to the team’s Reserve/Injured list after he cleared waivers. He will be eligible to sign back with the Steelers after the length of his injury settlement plus three additional weeks passes.

Tucker is the second player in as many days to be waived from the Steelers Reserve/Injured list with an injury settlement as wide receiver Damoun Patterson was part of a similar transaction on Friday.