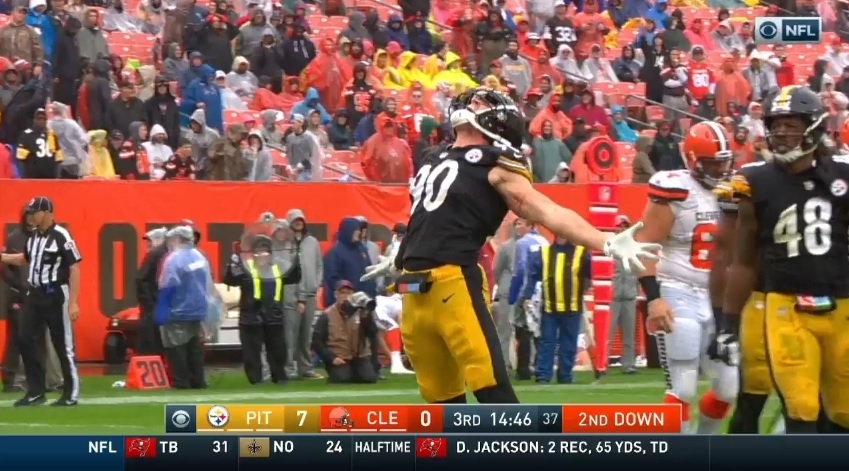 Mike Tomlin said flipping Bud Dupree and T.J. Watt was to help both guys out and play to their strengths. Their success might not have been directly correlated to their new sides but one game in, the results are promising.

At his weekly Tuesday press conference, Tomlin praised both players for their performance.

“I will say I’m not surprised that he had an impactful game,” Tomlin said of Watt. “It was schematically set up for him to impact the game. And he did.”

Watt became the first Steelers player to record four sacks in a game since Joey Porter in 2001. He fell just a half-sack shy of the team record set by Chad Brown in 1996. That stat comes with some needed context; one of Watt’s sacks ended in a personal foul and another came when he ran Taylor out of bounds for a loss of one. But his run defense was equally impressive, making five tackles in that department. Two of those came behind the line of scrimmage. Watt was the best player on the field Sunday afternoon, for either side.

Dupree was more inconsistent but had his moments too. He finished the game with a strip sack fumble and beat rookie LT Desmond Harrison multiple times. Far from a perfect performance, he was run up the arc much too often, but kicking things off with a QB takedown is undeniably positive.

“I thought Bud had a similar performance,” Tomlin said, comparing him to Watt’s day. “He was productive. The switch revealed itself.”

Combined, Watt and Dupree accounted for a whopping 12 pressures – Dupree with seven, Watt with five.

Tomlin also indicated that both players will float around the defense this year, sometimes moving back to their “original” spots in order to make offensive tackles account for both of them.

“We’re going to ask those guys to be versatile and move around. You nail those guys down as young people so they can get muscle memory associated with skill development at their positions. But as they get older, we’ll continue to move them around. It provides flexibility for us. It’s more for our opponents to work on.”

It’s the Steelers front four that will be counted on heavily to generate the pressure this year and pick up where the defense left off a year ago, leading the NFL in sacks. Cam Heyward and Stephon Tuitt were nearly as impactful, combining for seven pressures and a sack.