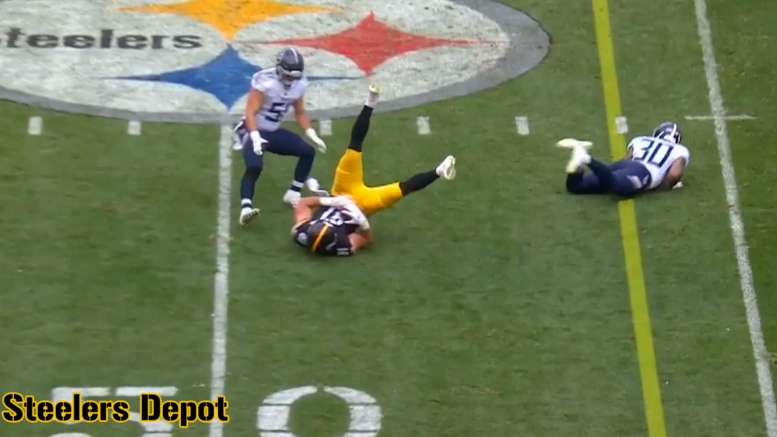 With a little less than two weeks remaining until the Pittsburgh Steelers 2018 regular season season opener against the Cleveland Browns, it appears the team’s overall healthy is improving some.

In addition to a guard Ramon Foster (knee) being able to return to practice on Monday in some capacity, outside linebacker T.J. Watt (hamstring) also reportedly returned on Monday to practice fully, according to Joe Rutter of the Pittsburgh Tribune-Review.

T.J. Watt was full practice participant, Ramon Foster was back on the field and Jesse James was back two days after getting back contusion vs. Titans

Watt, the Steelers first-round draft pick in 2017, has been nursing an injured hamstring since the early stages of training camp. That injury has prevented him from playing in the Steelers first three preseason games this year. While Watt has returned to practice, it’s probably unlikely that he’ll play in the Steelers Thursday night preseason finale against the Carolina Panthers.

Steelers tight end Jesse James (back), was also back at practice on Monday, according to Rutter. James suffered a back contusion in the first half of the Steelers Saturday preseason win over the Tennessee Titans.

The Steelers are not required to release any sort of an official injury report this week so we’ll have to wait and see what head coach Mike Tomlin has to say about the rest of the team’s injured players during his Tuesday press conference.

After the Steelers Saturday win over the Titans, Tomlin indicated that young wide receivers Marcus Tucker (ankle) and James Washington (abdominal) were both injured during the contest. Washington’s injury, however, isn’t expected to sideline him long.