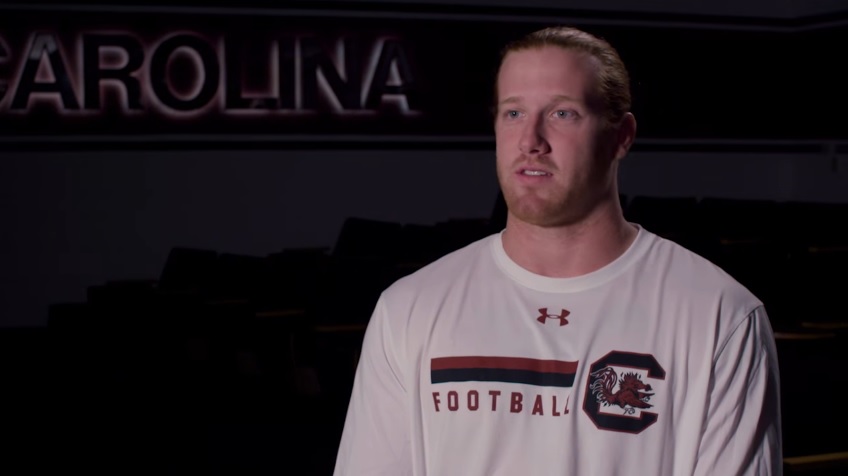 The Baltimore Ravens will already be without the services of starting cornerback Jimmy Smith for the first four weeks of the 2018 regular season and they now might be without one of their first-round draft picks for that same amount of time as well due to an injury.

According to Mike Garafolo‏ of the NFL Network on Friday, Ravens rookie tight end Hayden Hurst, who was drafted 25th overall in the first-round this year, has a stress fracture in his foot and will undergo a procedure today to insert a screw in it. Hayden is likely to be out at least 3-4 weeks, according to Garafolo.

#Ravens rookie TE Hayden Hurst has a stress fracture in his foot, will undergo a procedure today to insert a screw in his foot, sources say. The first-rounder is likely out 3-4 weeks.

Hurst, one of the oldest players in this year’s draft class, has caught 5 passes for 41 yards and a touchdown so far during the preseason. He recorded 100 receptions for 1,281 yards and 3 touchdowns in his three seasons at South Carolina with 92 of them for 1,175 yards and all three touchdowns coming in the last two seasons. He measured in at this year’s scouting combine at 6044, 250-pounds with 32 3/4-inch arms and 9 3/4-inch hands. He ran his 40-yard-dash in 4.67-seconds and posted a short-shuttle time of 4.37-seconds

The Ravens really have been snake-bitten at the tight end position the last several years and with Hurst now sidelined for the next several weeks, Nick Boyle, Maxx Williams and Mark Andrews will all have to pick up the slack. The Ravens, however, might not be able to keep all four tight ends on their 53-man roster so it will be interesting to see if either Boyle or Williams wind up being cut a few weeks from now.

The Ravens Week 4 regular season this year is against the Pittsburgh Steelers and it will interesting to see if Hurst is healthy enough to play by then.