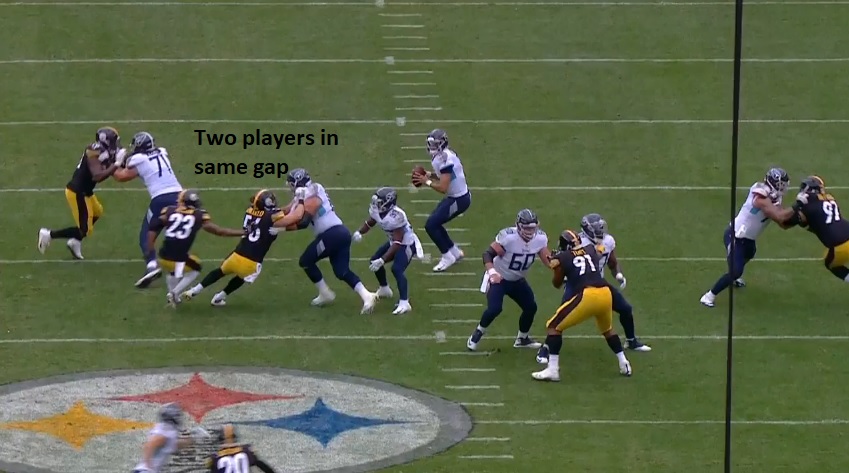 We’ve written about pass rush rules. A lot. But if you want to get after the QB, they’re critical to your success. And for the Pittsburgh Steelers, what needs to happen for them to lead the league in sacks a second year in a row. It’s just one play from the Titans game but a great moment to illustrate what happens when those rules are broken. Your pass rush breaks too. Let’s take a look.

Remember the would-be touchdown Marcus Mariota missed, skipping a pass at Corey Davis’ feet? If that connects, it goes for six, and we’re all focusing in on that play. There was an obvious breakdown in coverage and without the All-22, I can’t tell you what failed there.

But the pass rush was equally busted. The Steelers ran a fire zone, blitzing Joe Haden off the edge, and if it’s set up correctly, maybe that rush gets home. The throw is never even attempted and it would’ve “bailed out” the secondary miscue.

Let’s show you the play first and then we’ll break it down.

Here’s the thing to understand about pass rushers. I know there’s often frustration about why a player ran the arc, didn’t counter inside, or took a certain path that didn’t seem most effective. Sometimes, that’s valid. But other times, it’s part of the pass rush scheme. How one player fits into another. A player may have a “two way go,” freedom to win in either gap, or a certain gap he must fill. Dick LeBeau explains it in his 2002 playbook.

But you can’t be a “cowboy” unless the scheme says you can.

For this particular corner blitz, here’s the pass rush fits.

Vince Williams – edge/contain defender. Draw the tackle out wide to open a gap for the corner.
Joe Haden – blitzside B gap. Fit between RT and RG, getting one-on-one with the back (or better yet, rushing in free if the back doesn’t see him or releases).
Anthony Chickillo – blitzside A gap. Draw the eyes of the guard, creating that gap for Haden. 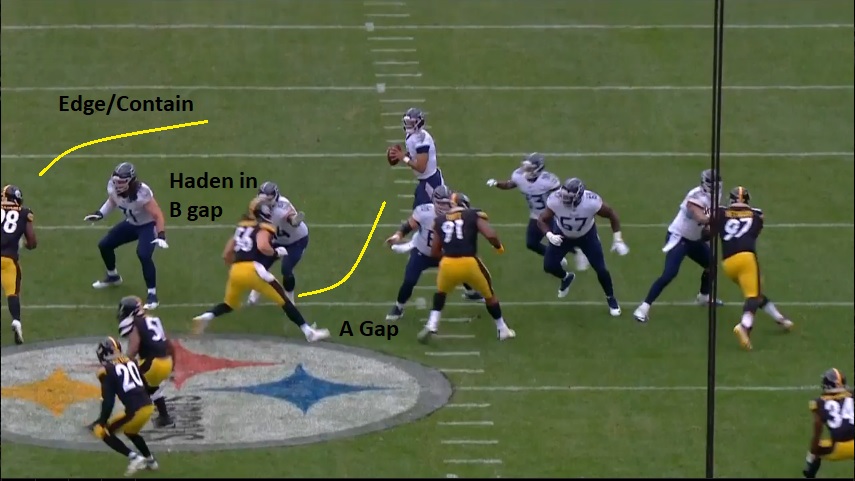 Williams and Haden do their jobs. Chickillo doesn’t. For some reason, maybe he didn’t get the call, he drifts back into the B gap, muddying up the space for Haden to run through. Neither guy gets home and Mariota has a clean pocket. There’s not even pressure designed to come anywhere else. Williams and the RDE have contain. Stephon Tuitt keys the back and take him if he goes into his route. 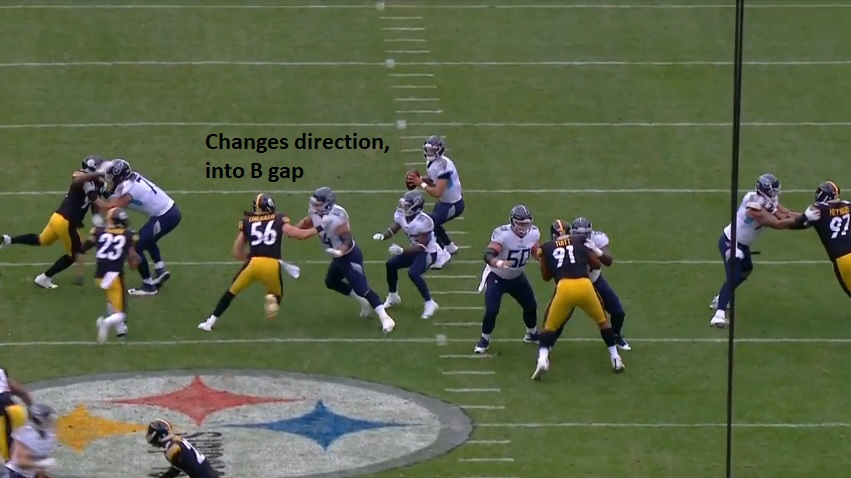 Chickillo, unintentional or not, became the “cowboy.” And that ruined the scheme.

Here’s how it’s supposed to look. Two examples from 2017. This one resulted in a Haden sack.

And one the following week.

Each time, Chickillo does the right thing. Rush the A gap, occupy the guard, and let the blitz get home. That’s the correct spacing for this concept. 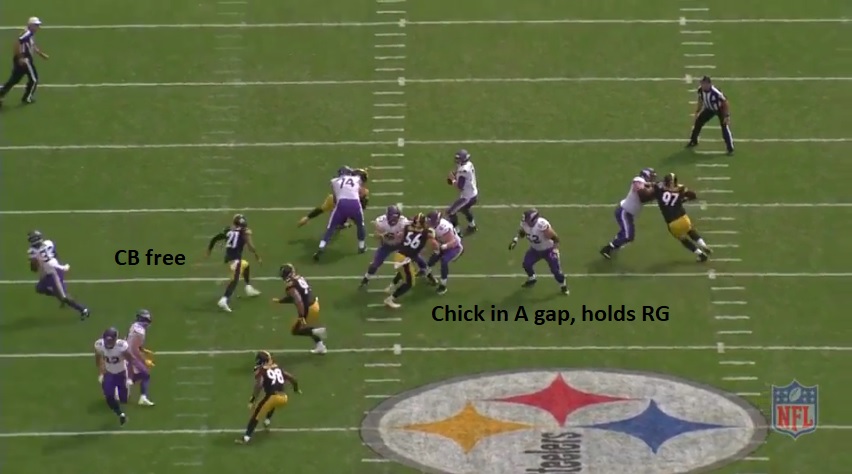 I’m not trying to pick on Chick here. It’s one mistake and he’s probably not the only one to screw something like that up during the game. The larger point here is how the pass rush works as a unit. Just like an offensive line, if one man fails to do his job, everything can break down.