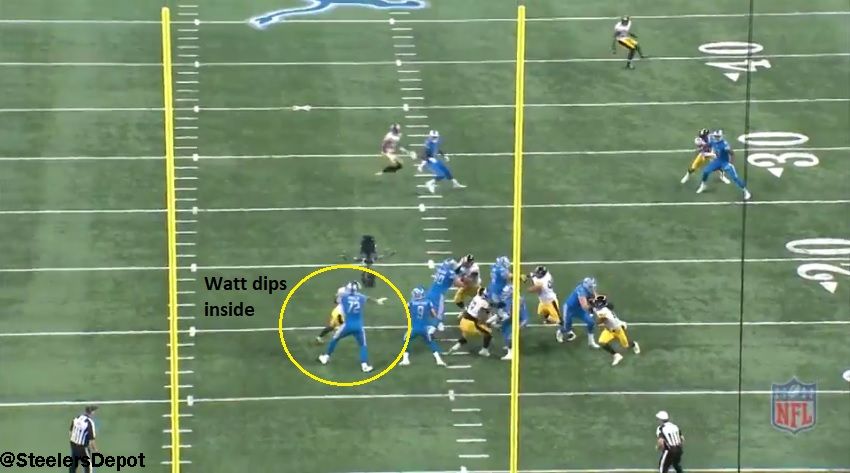 The Pittsburgh Steelers’ pass rush has, generally speaking, been really good this year. They’ve gotten home with the front four and finished plays, something they were unable to do last season. One of the biggest underrated reasons why the Steelers’ sack numbers are so high this year is due to their rush lane discipline. We covered it after the first week of the season, a game where Pittsburgh picked up seven sacks, praising them for keeping DeShone Kizer in the pocket and constricting his space.

But the last two weeks haven’t been as disciplined and quarterbacks have been able to break contain and keep plays alive. Sometimes it’s hurt the Steelers, sometimes they’ve gotten away with it. But it’s a gamble and you don’t want to ask your coverage to have to plaster for an extra 3-5 seconds. Let’s look at three examples were those breakdowns occurred.

Let’s start with the play that hurt the Steelers the most, a huge completion against the Detroit Lions. Five man rush out of their base 3-4. Javon Hargrave gets pressure up the A gap and forces Matthew Stafford off his launch point. Stafford breaks left, where T.J. Watt should keep him contained in the pocket so Hargrave ca n finish the sack. 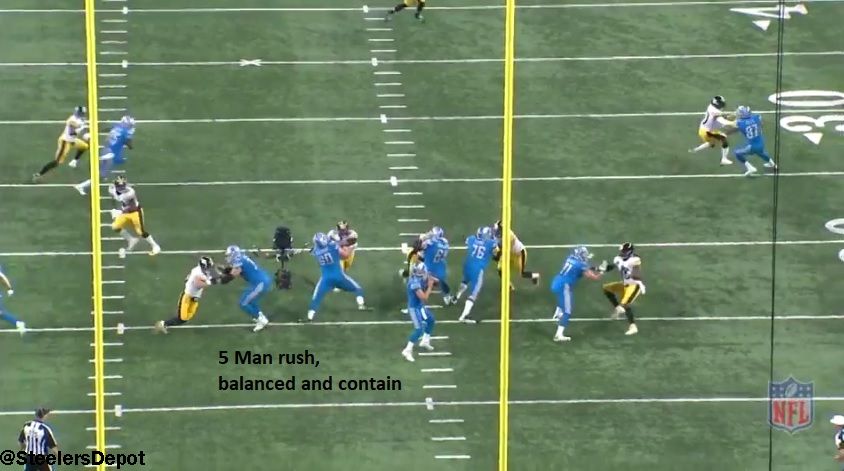 But Watt, at the last moment, tries to swim to the inside of the left tackle and gives up the edge. Stafford has grass and makes a sensational throw downfield.

A five man, conventional rush like that should never allow a gap like that. Watt probably didn’t have a “two way go,” meaning the freedom to beat the tackle however he has to. He’s there to help contain the pocket. But he failed, gave up the edge, and the Lions made him pay for that mistake.

It happened, to less disastrous results, in the Cincinnati Bengals’ game the week before.

This is a three man rush. Which is tough to contain because you have just three rushers vs five blockers. But the design of this from the get-go looks off. Tyson Alualu is aligned to the outside shoulder of the right guard and off the ball, attacks the guard pretty much head-up. With the outside linebacker dropping, there is no one on the edge, to the outside of the right tackle, giving Andy Dalton a free path to roll to his right. 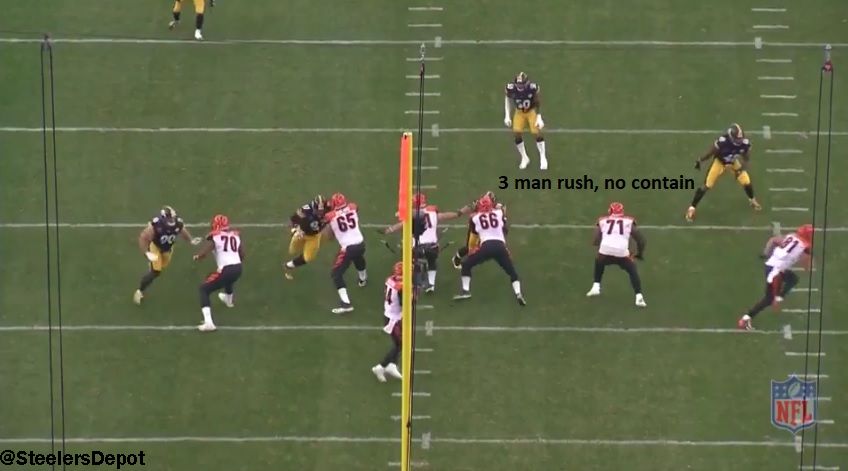 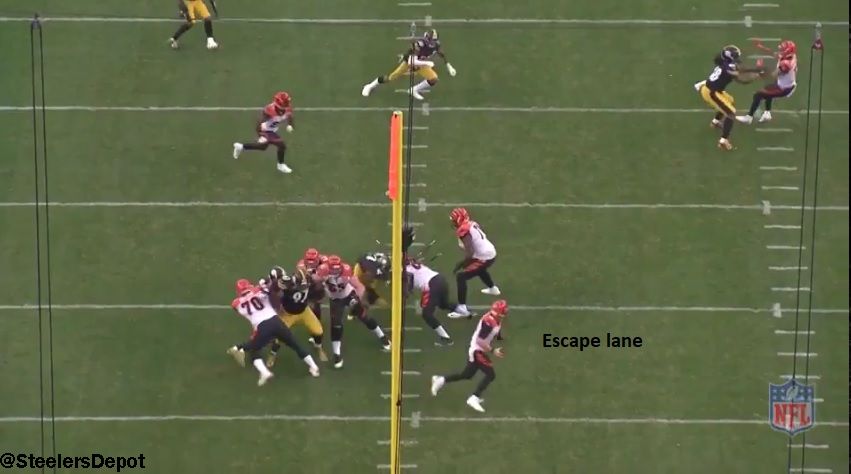 The pressure Cam Heyward starts to generate flushes Dalton but because he isn’t contained, he’s able to extend the play with ease. Luckily, the defense plasters well downfield and Dalton scramble-slides on 3rd down, getting them off the field. But this isn’t well-rushed by the defense and against a better QB/offense, like Stafford and the Lions, could’ve ended poorly.

Finally, another one from the Bengals’ game. Four man rush on 3rd down. Bud Dupree gets sealed up the arc, part one of the problem and Alualu spins to the inside, part two. 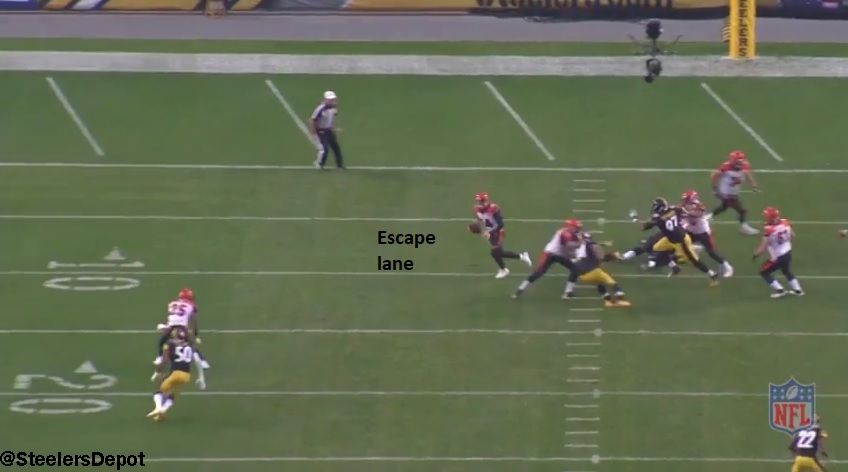 Again, a huge lane for Dalton to roll to his right (his throwing side) and keep the play alive.

All three of those examples could’ve ended in sacks. There was pressure, good coverage, and on paper, the QB should’ve been trapped. But like an offensive line, if one guy fails to do his job, the whole objective falls apart. Doesn’t matter how athletic your QB is. Even Tom Brady took advantage of massive escape lanes in last year’s regular season matchup.

If Pittsburgh gets back to that, and stays disciplined in their rush lanes, they’ll return to having the gaudy sack numbers they enjoyed over the first month.