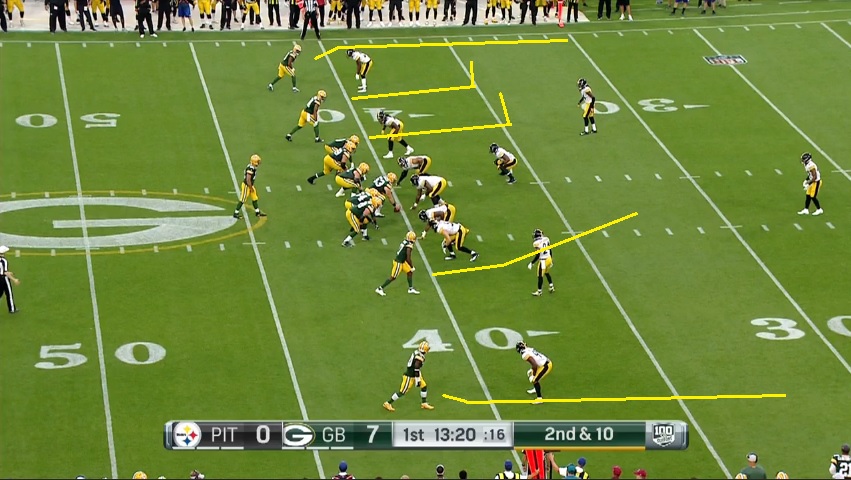 If I was an opposing offensive coordinator, I’d know the number one way to attack the Pittsburgh Steelers defense.

Spread the field out in heavy personnel. Bring in 2 TEs, empty set, force the Steelers to defend the entire field vertically and horizontally. Because they haven’t been very good at it under Keith Butler. That was evident again Thursday night against the Green Bay Packers. With Aaron Rodgers, the Packers knew what to do. Come out in 12 personnel, line up in empty, and exploit matchups against defenders in uncomfortable spots.

Second snap of the game. 12 personnel. Tight end to the bottom, tight end as the Y, back to the top. Pittsburgh, as they almost always do against any sort of heavy personnel (12, 21, 22, etc), are in their base 3-4 look. Vince Williams walks out to take the tight end to the bottom and Coty Sensabaugh functionally aligns in the slot against #17, Davante Adams.

This creates isolated matchups across the board for one of the league’s top quarterbacks. You have multiple players working in uncomfortable space. Jon Bostic on the tight end, Williams to the bottom against the other TE, and Sensabaugh in the slot, a role he’s played before but not in Pittsburgh, against the receiver.

Sensabaugh aligns outside leverage. Adams crosses his face on a slant, easily winning off the line. Because the tight end to the trips side runs an out route, he occupies Bostic and there’s no middle help. Pitch, catch, and Morgan Burnett can’t come downhill to prevent a good gain from turning into a big one. Goes for 27 yards.

Certainly not the first time it’s happened to the Steelers. Here’s a clip from each of the last three years. Here’s Green Bay from last year. Technically not an empty set but 12 personnel (that’s TE Lance Kendricks at the bottom) so the Steelers understandably respond with their base 3-4. The running back immediately runs into the flats, so like versus empty, the defense has to cover five receivers. 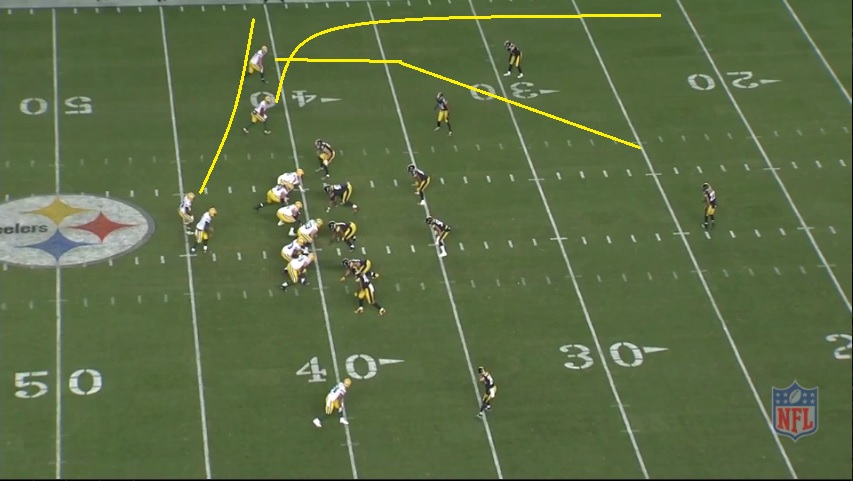 Miscommunication here, T.J. Watt rolling up on the flat, no one taking the wheel behind as the #1 receiver runs a post to occupy the eyes of the corner and safety. Who exactly is at fault here isn’t really the point. The point is the Steelers don’t handle it well and it goes for six.

How about from the 2016 AFC Title Game? Patriots come out in a “traditional” look with their 21 personnel. But Brady audibles into an empty look, exploiting the Steelers struggles. 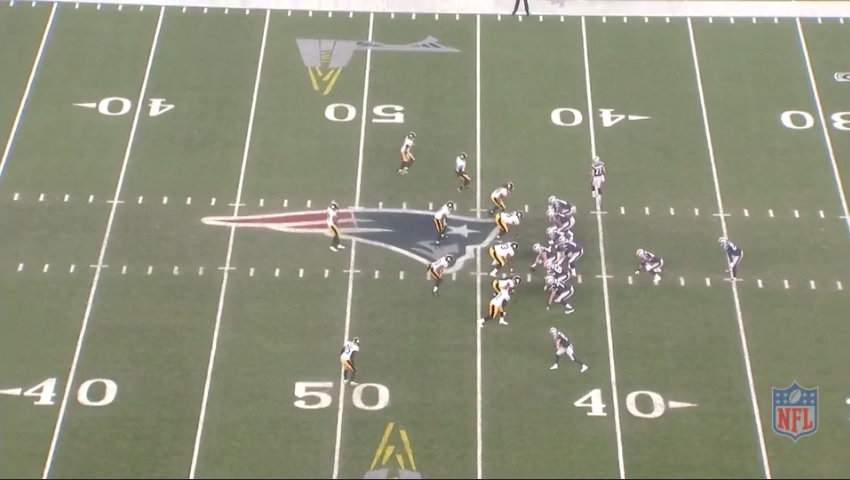 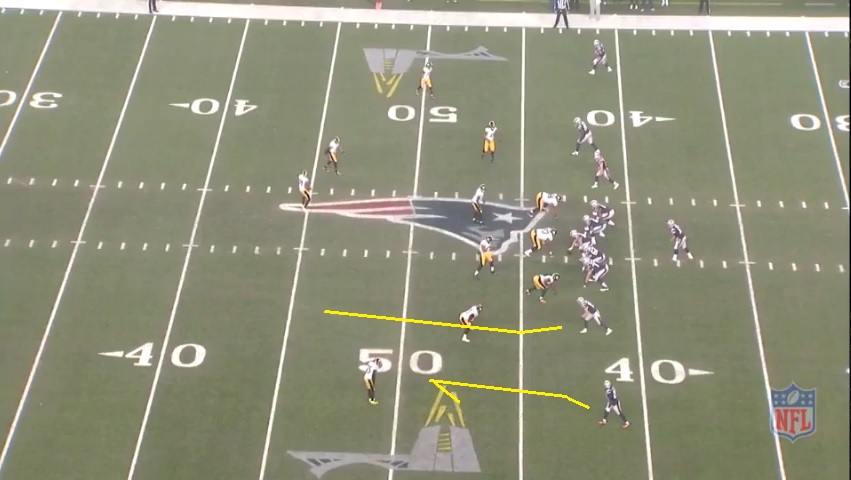 The seam route by #2 to the bottom beats the Steelers spot dropping zone coverage, no one matches Chris Hogan vertically, and it’s another 20+ yard gain.

We’ve written about this play previously and how Butler’s poor self-scouting is also to blame.

One more from 2015. The dreaded beatdown by Seattle where the defense couldn’t do a thing. Empty set, with the #3 and #2 receivers to the bottom running a divide route; #3 on a post, #2 on a fade. Puts the safety in conflict with the #1 WR running a curl to hold the corner, who doesn’t get enough depth to squeeze the throw. 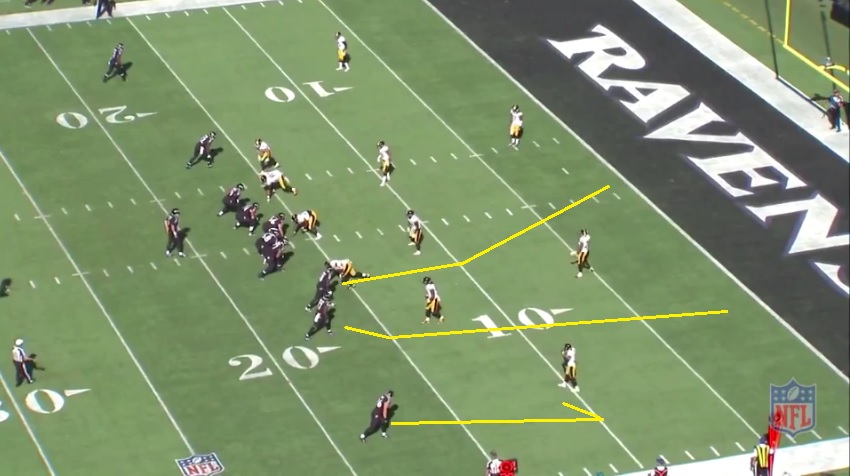 It’s difficult, for me at least, to address the root of the issue. Each of these plays have their own problems. But the common thread is the Steelers inability to have any sort of plan or check against empty set out from bigger personnel. Ideally, some of the upgrades in the secondary can fix things, and it’s important to point out a lot of teams are going to struggle to respond to empty against great QBs (Rodgers, Brady, Wilson).

But, after all, the goal is to win a Super Bowl. That means knocking off someone considered elite. And if I’m game planning against Pittsburgh, spread the defense out. They haven’t proven they’re capable of stopping it.