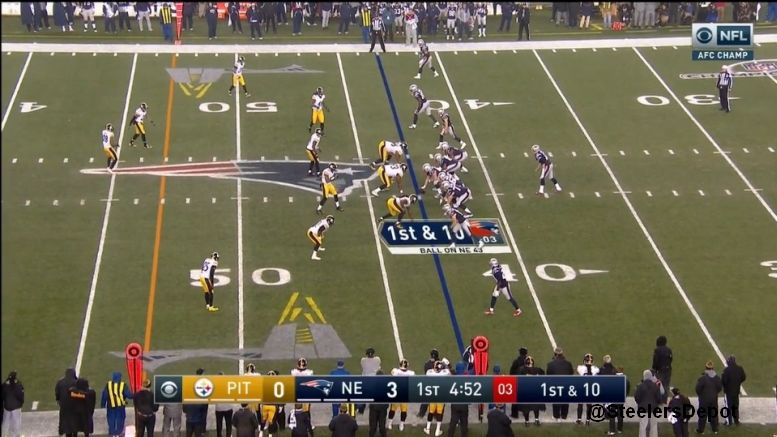 Yesterday was far from a sparkling day for the secondary. Like, moon to Earth and back far. That much is obvious. And on a simplistic level, the Pittsburgh Steelers’ zone defense could do nothing to even slow down Tom Brady and the New England Patriots. The yards, not to mention the score, tell that story.

There were several issues we’ll dive into throughout the week but one play summed up how things went for Keith Butler yesterday. Even when he tried to dial up the pressure, Brady made mince meat of it.

If you saw it on Twitter, you might know the play I’m talking about. But we’ll go into more detail than the 140 characters.

To understand this play, you’ll need to understand how the Steelers’ defense reacts and checks to certain looks. Of course, we can’t diagnose every formation, we’re the outsiders looking in, but we can pick up on some trends.

During Wild Card weekend, Mike Mitchell had a sack/forced fumble on Matt Moore. A big play in a game where the defense made many of those. And we wrote about it.

On that play, Miami lined up in a slot set with the X and the Z on the same side. That checks the Steelers into their Storm Fire zone, a five man pressure with the strong safety coming off the edge. Motion won’t call off the blitz either, they just rotate the safeties to the strength again. As what happened here. 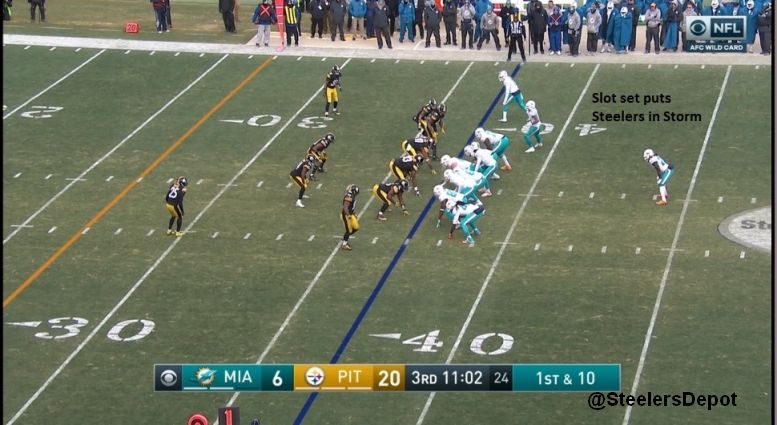 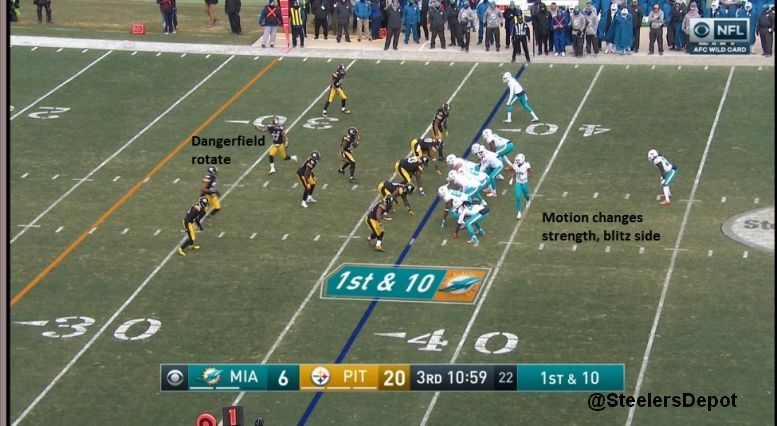 The Dolphins do a poor job of picking it up, leaving Mitchell free off the edge to smack Moore and knock the ball out. Fumble, Steelers’ recover, and the game sorta felt over at that point.

Fast forward to Sunday. The Patriots line up in the same look. Slot set. Check to the Storm Fire Zone. 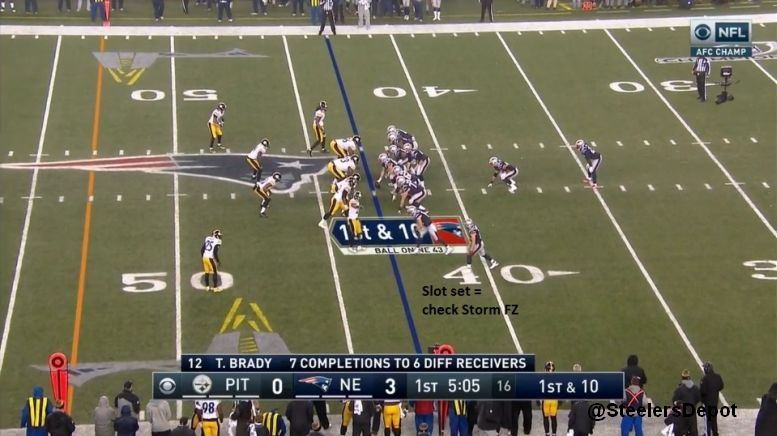 Motion again, here with Julian Edelman, and the Steelers rotate their safeties. 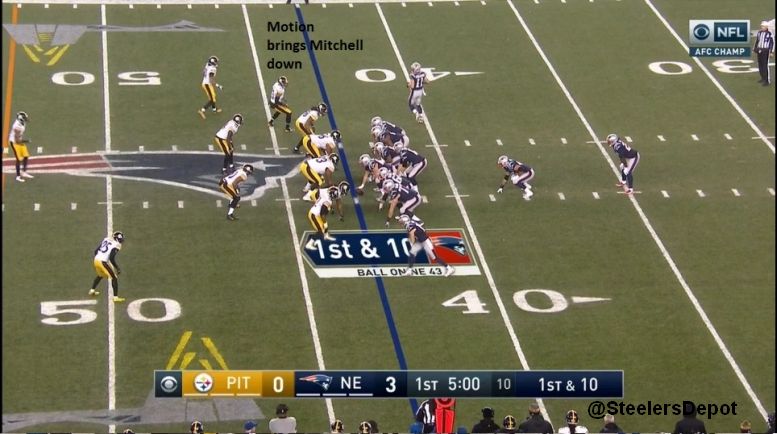 But Brady sees this and even with five seconds left on the playclock, knows he needs to get out of his play. He knows exactly what the Steelers are trying to do. So he audibles and puts New England in an empty look, forcing the Steelers to finally abandon their blitz and play straight zone coverage. Looks like Cover 4, just a three man rush, from Butler. Their check versus empty. 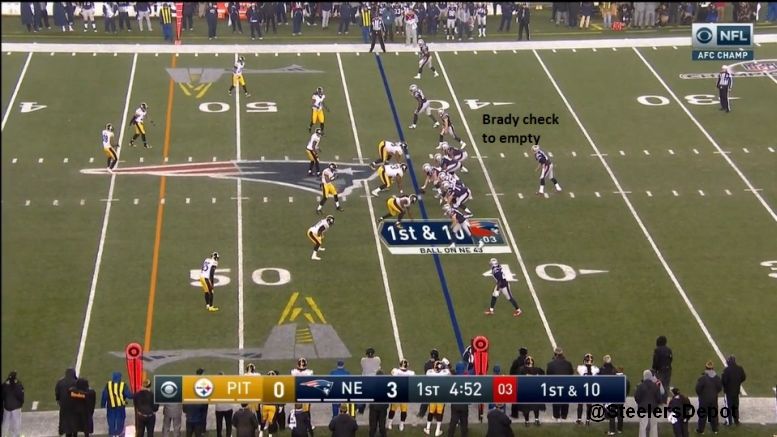 And as he did throughout the whole game, Brady picks apart the Steelers’ spot-dropping zone defense. He finds Chris Hogan down the seam for a 29 yard gain. 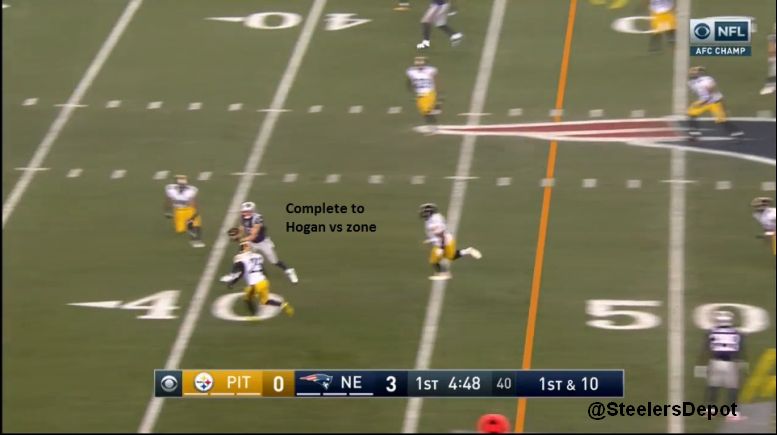