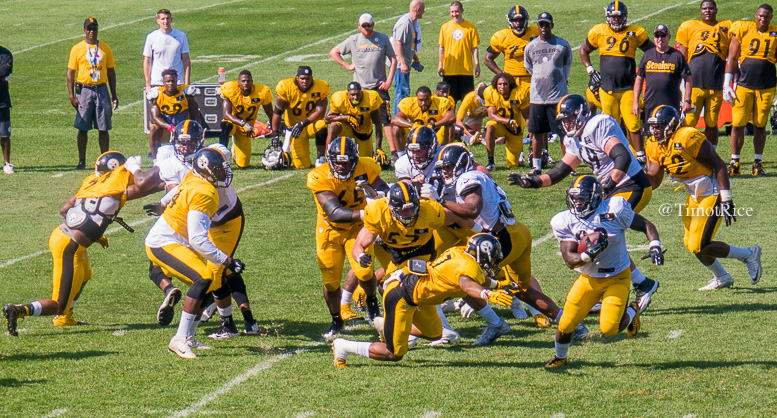 The Pittsburgh Steelers are known to have one of, if not the most physical training camps in the entire National Football League. Thanks to Head Coach Mike Tomlin introducing live-tackling drills into the proceedings several years ago, the team has actually had other teams practice with them and express surprise about the level of intensity that they go through.

This could be in jeopardy if the NFL is to have its way. The league has been focusing in on concussions a lot over the past year, conducting independent research to examine when and how they have occurred. Their internal studies revealed a rise in concussions during the preseason last year. They also observed a spike during the early stages of training camp.

According to Kevin Seifert of ESPN, the league has sent notification to every team of the league informing them of the data that they have collected, even specifying the frequency of occurrence tailored to each individual club and detailing how they have compared to other teams.

The intention, according to Jeff Miller, is that the data “will inform what clubs do” in training camp. Miller if the league’s executive vice president of health and safety initiatives. While the NFL is not instituting, or at least has not to this point instituted, any decrees about what teams can and cannot do, or even should and should not, they would obviously like for their clubs to listen to the data they have been given and try to do something about it.

The NFL’s chief medical officer, Dr. Allen Sills, stressed that concussions are a league-wide problem and not one that could be resolved just by getting a handful of teams under control. “It’s not a matter of having five or six recidivistic clubs that we have to discipline into line”.

“This is a league-wide issue where everyone has to understand it’s on all of us to work on”, he said. “It might sound trite to say, but any concussion we save is important to us. We want to put the awareness out there…and make sure we’re making it as safe as we can”.

Unfortunately, I don’t exactly have a list handy that details all the injuries that Steelers players have suffered and in what context, whether it came during the preseason or during training camp, and at what point in training camp that it occurred, so I don’t know if they might be on the high or low end.

The mere fact that the team has perhaps the most physical training camp in the league, however, is something that is worth noting, and I don’t think it’s too much to suggest that the way Tomlin has gone about doing things in recent years could be in jeopardy of changing as a result of this new initiative. The head coach, after all, has frequently been at the head of the concussion issue in football, even speaking at concussion summits.