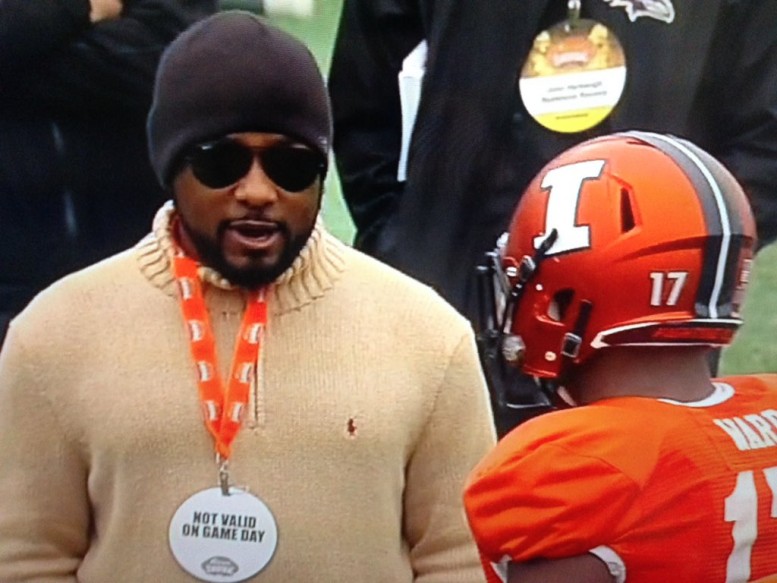 You may have heard that the Pittsburgh Steelers’ Heinz Field played host to a football-related event yesterday, at which Steelers head coach Mike Tomlin was a prominent figure. It was an event full of, most significantly, the framework of the local high school football teams: the head coaches, the athletic trainers, the administrators who oversee that aspect of the schools and districts.

It was an event held by UPMC Sports Medicine, hosted by the team at their stadium, and it was called “High School Sports and Concussions: From Awareness to Prevention to Advancements in Treatment”. It is a topic of some importance to me as somebody who staunchly views the treatment of head injuries—both medically and culturally—as the next significant frontier of the game, and one that will help shape its future and determining its viability.

And that is a belief that Tomlin shares, as he gave an impassioned speech to those gathered at the UPMC Rooney Sports Complex yesterday, with an emphasis toward the high school coaches, whom he referred to as “the gatekeepers of the sport of football”, and which was saliently recounted by Bob Labriola for Steelers.com, giving us a window into that subtly important event.

Tomlin first spoke of his love of the game, and of his undying belief in the value that it has to instill values that transcend the playing field. In doing so, he referred to it as a game that is “under attack in a lot of ways”, hastening to add that he will only speak as a football coach and nothing more; or, as he put it, “I’m going to stay in my lane”.

What he sought to do was to recount the day of a high school football coach and to advise how best such an authority can impart and instill the wisdom and notions of player safety that will inevitably have to become ubiquitous in order for the game to survive in the long term.

On the high school level, the Steelers head coach suggested ways to incentivize the importance of playing with fundamentals, and therefore playing in a safer way, by rewarding players who exhibit the proper form. This should be little surprise, but he also emphasized the value of catchphrases, for which he is known. It may seem silly, but it is highly effectively in proliferating a message.

The most poignant moment in Labriola’s retelling of the event, to me, and perhaps the most salient and impassioned, was when Tomlin simply cut right to the heart of the matter in saying that “the game is evolving, and I’m asking you to evolve with it”.

That, I believe, is the crux of the whole issue, and is the fork in the road for the future of the game. We have reached a certain level of understanding as a culture and as a science that there are elements that are a part of the game no longer able to be swept under the rug. To ensure that football has a future, it needs to evolve; part of that evolution is actually a regression, back to the fundamentals, which is part of the message Tomlin hopes to impart to the “gatekeepers” of the next generation.