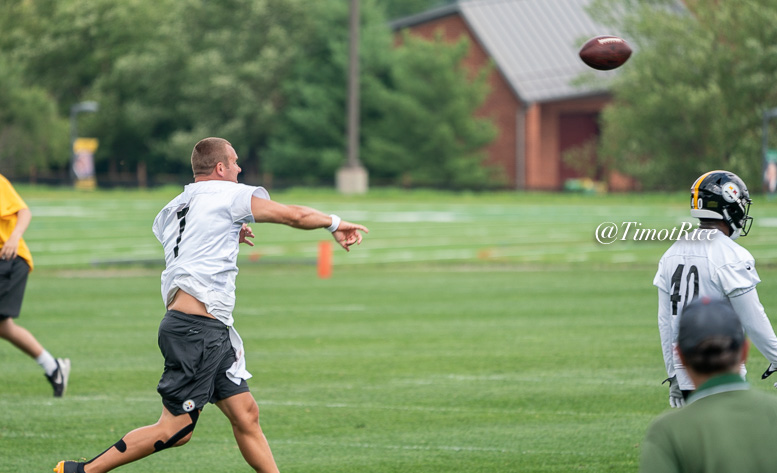 The Pittsburgh Steelers third practice of their 2018 training camp is now underway and it sounds like quarterback Ben Roethlisberger has been given the session off.

According to Steelers PR man Burt Lauten, Roethlisberger, who was visibly absent for the start of Saturday’s practice, the first padded one of the year, is currently working out in the weight room as part of his previously scheduled day off. He will then come to the field for the reminder of practice once finished, reports Lauten.

#Steelers QB Ben Roethlisberger is currently working out in the weight room during his previously scheduled day off; he will then come to the field for the reminder of practice.

Roethlisberger having the team’s first padded practice of training camp off isn’t anything new as he also was absent for the first one last year. With Roethlisberger out on Saturday, it means a few more reps for backup quarterbacks Landry Jones, Joshua Dobbs and Mason Rudolph.

Also sitting out on Saturday is Steelers safety Morgan Burnett, who missed the team’s Friday practice with a tight hamstring.