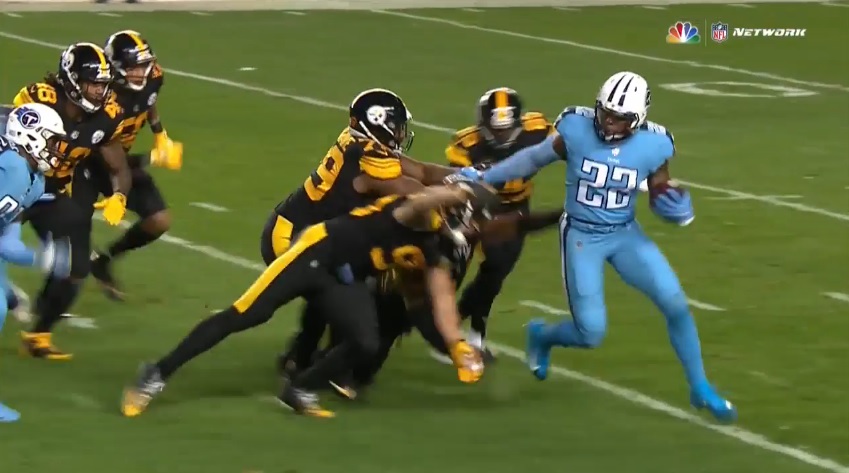 If you can’t tackle, forget about your chances of winning. Throw scheme out the window. Forget about playmakers. None of it matters if you can’t get guys to the ground.

Eliminating missed tackles is at the top of the agenda for the Pittsburgh Steelers defense in 2018. Mike Tomlin has promised the defense a physical camp to try and change that, something Joe Haden embraces.

“We missed a whole lot of tackles last year,” Haden told reporters via the team site. “He’s going to make us tackle. We’re going to be a very physical camp. We’re going to see who can put people on the ground.”

Haden agrees it’s something the defense has to get better at.

“Oh definitely,” he said when asked if a bruising camp is something they need. “There’s no reason we should’ve been 31st in missed tackles.”

Pittsburgh is known for having one of the most physical camps around the league. Tomorrow, they’ll put the pads on and go live in several team sessions, full contact with no one holding back.

According to our Josh Carney’s tracker, the Steelers missed nearly 12 tackles per game in 2017. Of returning players, Sean Davis tops the list with 23 and Mike Hilton a surprising second with 17 of them. Perhaps the new changes with the coaching staff along the defensive line and more importantly, the secondary, can flip those numbers. But if they don’t, this unit will again struggle. The big plays allowed compounded by an inability to get the receiver on the ground, allowing touchdowns instead of giving the defense at least the chance of holding the opponent to three.

That was at least partially the aim in bringing in Morgan Burnett. Far from a splashy player, he’s expected to be a steady presence at strong safety, both in tackling and communication. Ditto with Jon Bostic, though his role in the defense is much less assured.