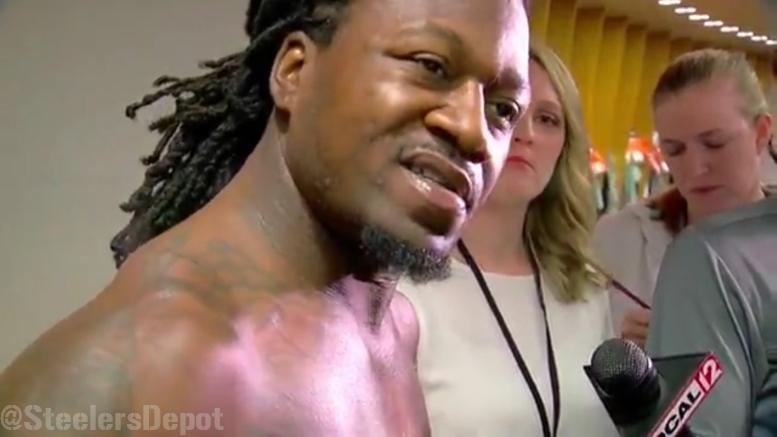 Adam Jones has rarely managed to take the easy way through life. Even when things have happened to him, he has managed to make it worse by the way that he handled it, such as the time that his vehicle was struck. He was ordered to attend anger management prior to that, which previously had already not gone so well.

This time, he managed to get into a fistfight with another individual in the middle of the airport. A video posted by TMZ shows the incident. While he did not initiate the encounter, or the physical altercation, he also did not take the opportunity to end it.

The other individual was arrested on two counts of battery, reportedly also injuring a woman accompanying Jones, and ended up taking his mugshot from a hospital bed. Jones seems to have caught him in the face at one point during the short exchange.

TMZ was allegedly told by a police source that Jones suffered a laceration to his face from a punch from the instigator. It is the only hit he has received this offseason, as the 34-year-old remains a free agent since the Cincinnati Bengals chose not to pick up an option on his deal for the 2018 season.

Originally a top draft pick by the Tennessee Titans in 2005, Jones had a troubled early career that nearly ended multiple times. He missed the 2007 and 2009 seasons after transitioning to new teams after wearing out his welcome elsewhere.

But he eventually did find a home in Cincinnati, in an organization that has become synonymous with giving troubled players second and third and fourth chances. Jones played for eight seasons with the Bengals from 2010 through the 2017 season, recording at least three interceptions on three separate occasions.

He ended his final season with the Bengals on injured reserve, suffering a groin injury in December after intercepting a pass from Pittsburgh Steelers quarterback Ben Roethlisberger. It took him time to recover from that injury, but he appears to have drawn no interest since in free agency.

It’s quite possible that Jones has played his last snap of football, or at least in the NFL. Who knows, he may pop up in one of these other leagues that are opening up over the course of the next couple of years.

Steelers fans surely best remember him for the penalty that he drew against the Steelers during the final sequence of Pittsburgh’s victory over the Bengals in the 2015 Wildcard Round, which would have been the first postseason win for the Bengals in decades, but instead was the first for Pittsburgh since 2010.